If you're looking to cash in on a $4.6 billion industry, the Discord IPO is one to watch. It is an excellent opportunity for investors, as the company has grown its user base by 163% since 2020.

While there isn't a set IPO date yet, analysts expect the company to go public in the coming months. 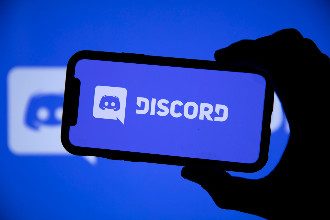 The platform has excelled during the pandemic, growing even more popular as more people rely on virtual communication to connect.

In 2021, Discord doubled its value to $7 billion from the previous year, making it a powerful contender in the cloud communication market. The correct play with this stock could be the key to profiting from the next decade of tech.

That said, there isn't much concrete information about the company's finances. No one can be 100% sure what will happen, so investors need to do their homework.

Luckily, we have the details to help you decide if taking early action on this stock is the right choice. Here's everything you need to know about the upcoming Discord IPO.

Discord is a chat platform that lets gamers communicate while playing. It consists of different communities or "servers" centered around a specific topic, similar to subreddits or Slack channels.

Servers on discord are available on all iOS and Android devices, and the platform has integrated with popular apps like Spotify and Youtube.

So why is Discord's growth a good thing for investors?

Young users are engaged and spending a lot of time on the app.

That's more time than they spend on Facebook, Snapchat, or the popular TikTok app.

The company is profitable and snowballing.

Discord has seen rapid growth since its founding in 2015, with 300 million registered users by 2020. Twitter only has 192 million users.

The app has more than doubled its user base in the past year, and it's now the No. 1 communication app for gamers.

The company grew an insane 400% year over year in 2021. In addition, it's remanded profitable since its founding in 2012.

Discord has raised more than $130 million in funding from top-tier investors like Index Ventures and Greylock Partners, which underscores the institutional interest and belief in the company. On top of that, it's raised a whopping $982.6 million in total funding over 14 rounds.

Discord offers a unique experience that you can't find on other platforms.

The platform has dominated the cloud communications market because it's simply easier to use. Before gamers and streamers flocked to Discord, apps like TeamSpeak, Ventrilo, or Mumble were the best choices for this communication. Great apps, but users found them clunky and complicated.

Discord has now solved that problem and solidified itself as the go-to platform for gamers.

Now that you know more about Discord, here's what you can expect from an initial public offering.

What to Expect from the Discord IPO

Discord was founded in 2012 and has since become one of the most popular voice and text chat platforms for gamers.

The company reportedly turned down a $12 billion offer from Microsoft Corp. (NASDAQ: MSFT), which supports the suspicions that it's gearing up for an IPO - and soon.

With the cloud communications market only growing more competitive by the day, this IPO could help Discord become a lead player in the space.

You can expect the stock to skyrocket on its IPO day as investors follow this growing trend.

The Discord IPO Could Be a Red-Hot Moneymaker

Although the app is free, Discord makes money through paid profile tiers, branded games, and server upgrades. In short, users can pay to improve their experience on the platform.

The platform is now firmly in competition with cloud communication giants like Reddit. However, this market is a gold mine right now, so stand-out stocks (bought at the right time) could make you stinking rich.

Get the Hottest Stocks on the Market and Watch Them Soar

We'll help you stay on top of the market so that you can make the most of every opportunity. We even send "buy" and "sell" alerts, so you never miss a beat.

Every month, we'll send at least two stock picks that are bursting with potential, plus brilliant option recommendations - no more guessing about the best stocks.