When the Microsoft-Activision deal was announced back in January, the $68.7 billion all-cash acquisition captured headlines. It moved the needle in Microsoft's favor. While the tech giant has pulled back since, making it more enticing to investors, there's another play in the tech industry - Sony, Microsoft's rival. 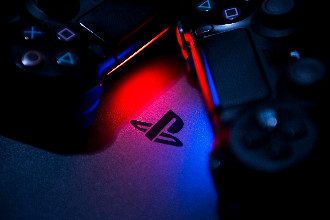 While this tech conglomerate hasn't made as much noise as Microsoft Corp. (NASDAQ: MSFT), it does have a hand in many markets. And that's why Sony stock is a buy for 2022.

For decades, Sony Group Corp. (NYSE: SONY) has been a leader in a number of industries, such as music and movies, audio tech, video games and consoles, and digital media-focused semiconductors.

The company has churned out notable products like Walkman portable audio players, PlayStation consoles, and the Blu-ray optical storage standard. Nearly all of its products are recognizable given the company's incredible branding power.

Recently, Sony has offered a 7% return over the last six months. Compared to the S&P 500's slight dip into the red, that's not too bad - especially considering the volatility the market has experienced as of late.

And this Japanese media and electronics giant is building the kind of momentum that could go on to deliver you solid returns over the next 12 months. That makes Sony stock a great (and cheaper) alternative to Microsoft.

The PlayStation is - and has been - a stalwart brand for Sony.

Since the gaming console's launch more than two decades ago, PlayStation has outsold Microsoft's Xbox year after year.

From 2010 to 2020, Sony's gaming business grew from 12% to 30% of the company's total revenue. Strong demand for the PS5, alongside massive growth in the video game industry, helps keep up the momentum.

As it stands now, the PS5 has already outsold the Xbox Series X/S by about 60%. Despite ongoing supply chain issues, Sony expects the final sale count of PS5 units in 2021 to match the number of PS4s sold in its first year after launch back in 2013.

And while the "console wars" ended back in the 2010s with the rise of cross-platform gaming (think the same game for multiple consoles rather than exclusive deals), Microsoft's acquisition of Activision Blizzard could reignite that old flame.

The studio was behind the wildly popular Halo franchise until 2010 - when Bungie split from Microsoft. Since then, Bungie has been an independent studio that's developed the Destiny franchise for both Playstation and Xbox, as well as PC.

Sony's might be a much smaller acquisition than Microsoft's, but it's one that can be seen as retaliatory. And if the company keeps investing in first-party studios to develop exclusive titles for PlayStation, then Sony could remain comfortably ahead of Microsoft.

After all, Sony is developing for its consoles - Microsoft is doing so for consoles and PC, which is a field that's not limited to Microsoft-only products.

And Sony can benefit from some other high-growth markets, such as the PlayStation VR2 virtual reality headset that is tied to the coming metaverse.

Overall, there's reason to be optimistic about Sony's long-term potential.

And right now, the company is making a comeback from pandemic lows, and Sony is starting to hit its stride. Sales are up by 27% over the past five years - and 16% in 18 months.

Sony is a potential growth stock with fantastic branding power, a strong gaming division, and enough holding power to weather any short-term troubles.

While Sony stock sold off after the Microsoft-Activision deal, now is a great opportunity to invest in this tech conglomerate at a discount from its previous highs.

So, what kind of gains can you expect from Sony?

And while that might not seem too impressive, it's far better than the 48% that Microsoft sock could manage over the next 12 months. Even at the median expectation of $150, that's an easy 46% profit for your money.

If you're looking for some decent gains at a discount, Sony stock is one to consider.