The global renewable energy market is set to hit $1.1 trillion by 2027. Countries across the world are looking for alternative, more renewable solutions to fossil fuels - Russia's current war on Ukraine has expedited this process. 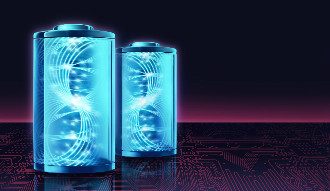 This push toward clean energy will change the markets, sending certain energy stocks surging higher. But we're not there yet.

There's still heavy reliance on petroleum to fuel the world. Many renewable energy companies are still impacted by market volatility. Too often do investors pull their money from renewables during turbulent times to protect their money.

But within this emergent field though, there's one sector of renewable energy that could be a boon: hydrogen fuel cells.

While hydrogen fuel cells may not have the same traction as batteries, they do tend to be favored by larger vehicles such as trucks and buses for their capacity. In fact, the global market for hydrogen fuel cells is expected to reach more than $52 billion by the end of 2027 - up from its current worth of $3 billion.

The sanctions imposed on Russia only serve to hasten to push companies toward those alternative energies like hydrogen fuel cells. And there's one particular energy stock that's poised to take advantage of this growing industry...

The Untapped Potential of Plug Power

Well before the Russia-Ukraine war, Plug Power (NASDAQ: PLUG) shared its bullish forecast for the company, which included a revenue goal of more than $900 million for 2022. For a company that brought in $161 million in the last quarter of 2021, it might be hard to believe that the company could hit such an ambitious goal.

But when you consider the renewable energy possibilities of hydrogen fuel cells, it doesn't seem far out of reach. As money from the $2.1 trillion fossil fuel industry reallocates to the renewable energy industry, that could raise Plug Power to the revenue levels the company is aiming for.

And to help manage that growth, the company is restructuring into four distinct business sectors: Electrolyser Solutions, led by Ole Hoefelmann, a 30-year veteran of the hydrogen industry; Material Handling and Global Key Accounts, led by Jose Luis Crespo, who will lead the company's customer relation management (CRM) strategies; Mobility and Stationary Power Solutions, led by chief operating officer and senior vice president Keith Schmid, who run the firm's research and development (R&D) efforts; and Energy Solutions, led by Sanjar Shrestha, the chief strategy officer since 2019, who will oversee the building of the company's first hydrogen production network across the United States.

This restructuring should allow each particular sector to focus on specific tasks that'll help optimize the company's capabilities. So much so that Plug Power expects to bring in over $3 billion revenue by 2025 with a 20% margin. And it expects to be producing 70 tons of hydrogen a day by the end of the year - reaching up to 500 tons per day by 2025.

So, how high could PLUG stock go?

It's worth noting that the business has not generated positive cash flows since 2019, reported net losses for 2016 through 2020, and spent nearly $250 million last year. And it still struggles to fully implement its business model, Plug Power is a high-risk investment. Any major setbacks to the company may lead to a huge dip in its valuation.

That being said: With high risk comes high reward.

The market for Plug Power's solutions and products is still fairly open, and - if the company manages to reach its goals - its upside potential could be huge.

Analysts over at CNN set a price prediction of $78 per share for PLUG stock. If you were to invest today in the stock at $22 per share, you could see returns or 250% or more over the next 12 months.

Of course, this is a bullish read - but it's one that we agree with. In fact, based on historical performance, PLUG stock could see a move of more than 800% higher over the next five years. That puts a single $22 investment in PLUG stock at $176 by 2027.

Again, this is a high-risk investment. It's worth considering that before pulling the trigger. But if you have $100 to gamble with, then look no further than PLUG stock.