The 50-day has been a critical line for me on the aggregate for market momentum - as I am also looking heavily at volume through the Money Flow Index and the MACD.

About 80% of stocks were under their 50-day moving average three weeks ago.

Today, that figure is 49%. As you can see in the chart below, these moves coincided with another positive momentum switch. It is the fourth positive switch of the year... and how we profited so well on the SPY and IWM last week. 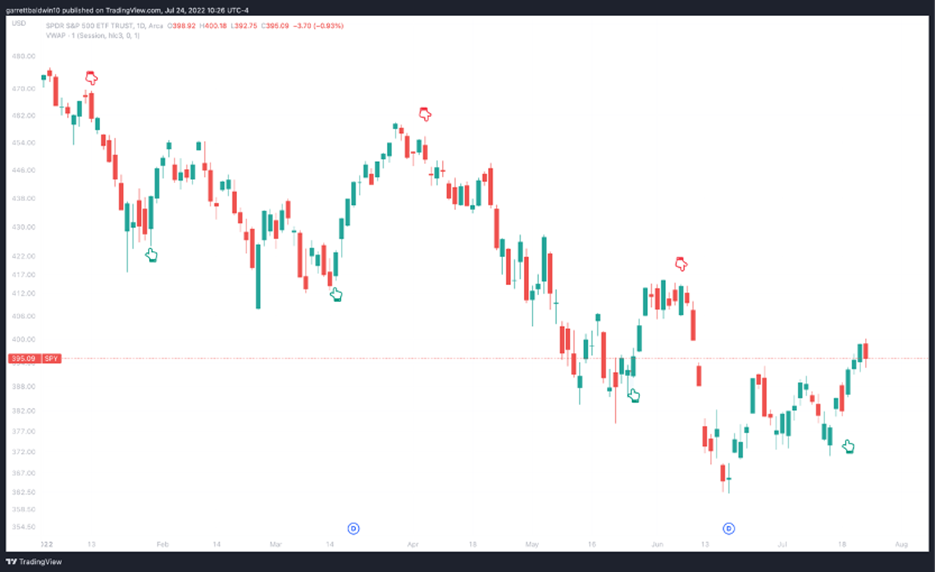 What Do We Trade?

They include (Tuesday to Thursday stock gains)

Just look at this chart - it tells you all you need to know about momentum and how silly our market is. 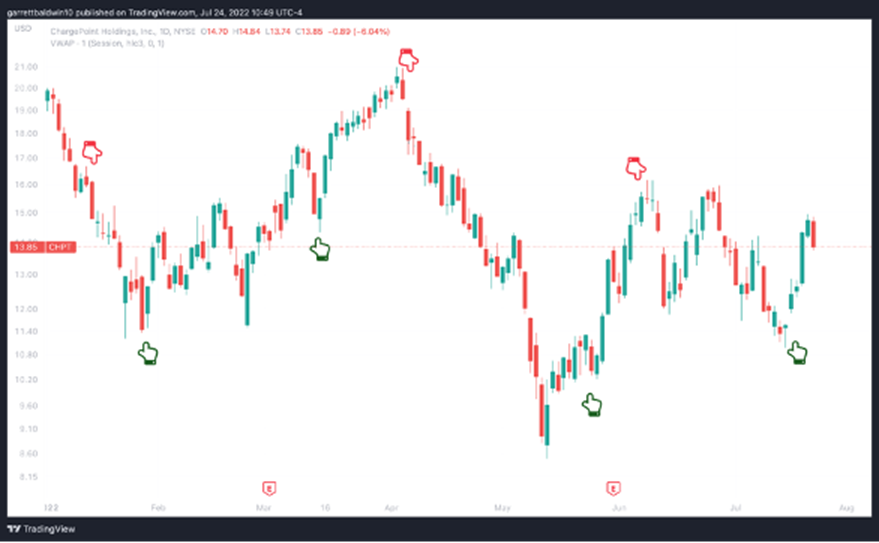 Chart of the Day: AT&T LOL

For years, AT&T (NYSE: T) was a cornerstone stock of mine... I bought and held it for the dividend... reinvested the cash flow... and let the money roll... But I abandoned it - live on air - thanks to the company's epically bad Time Warner deal last year.

So, I snickered, thankfully - when the company reported a disastrous quarter the other day. The company's cash flow position is horrible. Strong cash flow used to be the hallmark of AT&T. Things have changed in 2022. 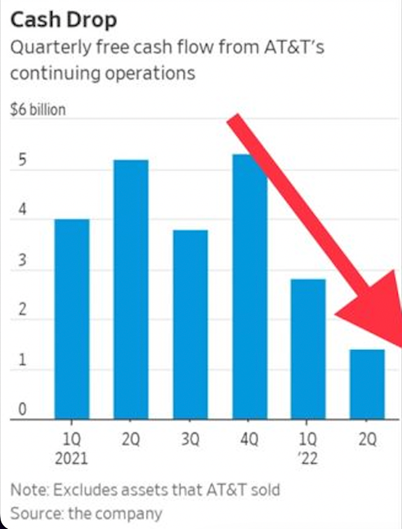 But here's the story. The problem isn't a bad deal in DirecTV or Warner media. No, no.

And that alone has impacted its cash flow by roughly $1 billion for the most recent quarter. That's insane.