We just witnessed the second straight BIG day for the markets on the back of the Fed's 75-point hike. The broad speculation is that the Federal Reserve won't be as aggressive with interest rates come September.

Now, we're ready for a third thanks to extremely strong numbers from Exxon (NYSE: XOM) and Chevron (NYSE: CVX). As I noted yesterday, I'm bullish on energy because of dwindling supplies and the coming end to the gimmicks to keep gasoline prices "lower" by the White House.

Today, Exxon Mobil reported an easy profit beat on top of a stunning $115.68 billion in revenue for Q2. Exxon generated $17.9 billion in cash flow for the quarter thanks to better cost management and an uptick in production.

Chevron, meanwhile, reported an 82.9% increase in revenue from the same period last year, and generated a stunning $10.6 billion in cash flow.

This company spun out of a deal between private equity firm KKR, and Contango Oil and Independence Energy.

I expect it to become a major player in North American energy production space by 2025.

It's managed by KKR's Energy Real Assets team and led by David Rockecharlie, Head of KKR Energy Real Assets. He's the company's Chief Executive Officer and serves as a member of the Board of Directors. They're aggressively buying assets where they can find them to turn them into cash machines.

It's got DEEP pockets and a very established team.

It's also rallied back from near-term lows and remains one of my favorite plays. In fact, I'll break down the stock and why I argue it's a "Screaming Buy" at Midday Momentum.

Chart of the Day: Lies at the Central Bank

The Federal Reserve told the markets that it would engage in large amounts of quantitative tightening to address inflation and normalize the economy.

This clearly has not occurred. The central bank owns 25% of U.S. Treasury bonds and 33% of mortgage-backed securities. But it's done a very bad job at following up on its promises. 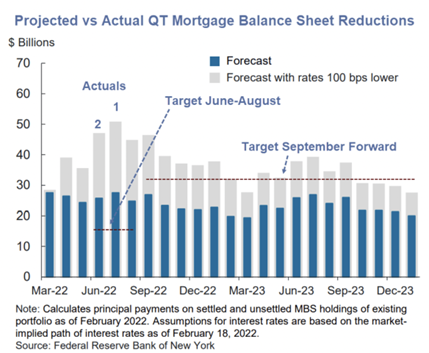 Oddly, this is bullish for the market... but it raises questions about global liquidity of the dollar.

Yesterday, Jim Rickards joined me to discuss crises around the globe. He warned that a global liquidity crisis could hit major currencies due to surging U.S. interest rates and a stronger U.S. dollar. If you want to watch a replay, you can right here.

We have Green momentum on a Friday, let's find some nice wins for Midday Momentum at 12:30 pm ET.

P.S. Today is the last day to take Kenny "The Warlock" Glick up on a fantastic offer. For the first time ever, Kenny has an offer to join Warlock's World on a monthly basis. Keep more of your hard-earned cash in your trading portfolio, and use it to increase the size of your wins with the Warlock. As always, it comes with our 30-Day Money Back Guarantee...so why not give it a shot and see what all the hype is about? At less than $17 per trading day, Kenny can help you pay for your monthly subscription in less than a week. Sign up for Warlock's World and unlock the power of VWAP - the only trading indicator you'll ever need.