There have been nine bear markets. 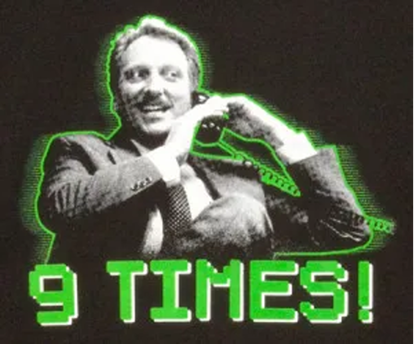 In 1987, Fed Chair Alan Greenspan cut interest rates. Remember that? I don't. I was too busy watching the Brooklyn Brawler lose on Saturday morning wrestling...

Three years later, Andrea Mitchell's husband cut interest rates from 8% to 3% as the nation entered a post-boom recession in 1990.

What happened next... created the conditions that fueled today's recession.

In 1998 - as markets reacted negatively to the Long-Term Capital Management and Asian Financial crisis and other problems abroad - Greenspan slashed rates from 5.25% to 4.75%.

It felt like Greenspan was 112 years old when the Dot-Com bubble came.

Between 2000 to 2002, we had rate cuts from 6.5% to 1%. The Boom-Bust cycles came quickly (and there's a video of Bill Clinton in 2000 saying that a recession - which he defined as two straight quarters of negative economic growth - would not come.)

Ben Bernanke replaced Greenspan in 2006 - just in time for the housing crisis to kick into high gear. Bernanke was a busy man cutting interest rates over three years from 5.25% to 0%.

In 2011, Bernanke got creative with the bear market. In addition to keeping interest rates at 0% for four years... he also started "Operation Twist," an economic fever dream that saw the central bank gobble up U.S. bonds and mortgage-backed securities at a breakneck pace. QE 3 began in 2012, and as I said last week, I would have quit if I were Jerome Powell that year.

Powell inherited a monster balance sheet after Janet Yellen's time as Fed chair. He stopped hiking rates in 2018 after a severe tantrum by the market between October 2018 and December 2018. He slashed rates the following year from 2.25% to 1.5% - and we started QE4.

It was a magical time to be alive.

Then in 2020, on the back of the COVID crisis, Powell had to find another way to drop money out of a helicopter. In 2020 he slashed interest rates from 1.5% to 0%. Then, the Fed started expanding its balance sheet at a pace we've never seen before...

Things changed with the Fed's balance sheet at nearly $9 trillion and rates at 0% at the end of 2021.

I told you all this economic history. In every bear market, the Fed has "accommodated" the economy with lower rates, more asset purchases, and lots of hugs and kisses and snuggles...

This time... IS DIFFERENT.

The Fed can't do what it did in the past right now.

The Fed has raised rates aggressively from 0% to 2.25% - the level that triggered panic in 2018. Markets expect that rates will climb to 3.25%. I think there's a bearish case that rates might have to hit 4% or more, as I align with Bill Freaking Ackman on inflation and the central bank's follies.

Oh... there's one more issue that suggests MORE bearishness. I'll talk about that in Part 2... which you'll be able to read...

Momentum is Green. It's a quiet week ahead with economic data, and our only negative events possible are Friday's jobs report or next Wednesday's CPI number. Capital will continue to flow into commodities and technology as investors confront their FOMO. It's okay to be aggressive but set trailing stops in case the music suddenly stops.

The strong dollar has sunk Sri Lanka and the nation's insane agricultural policies against nitrogen-based fertilizers. As I've explained, emerging markets face a big problem. Here's the spread against the dollar as distressed debt becomes a potential nuclear bomb for the global economy. 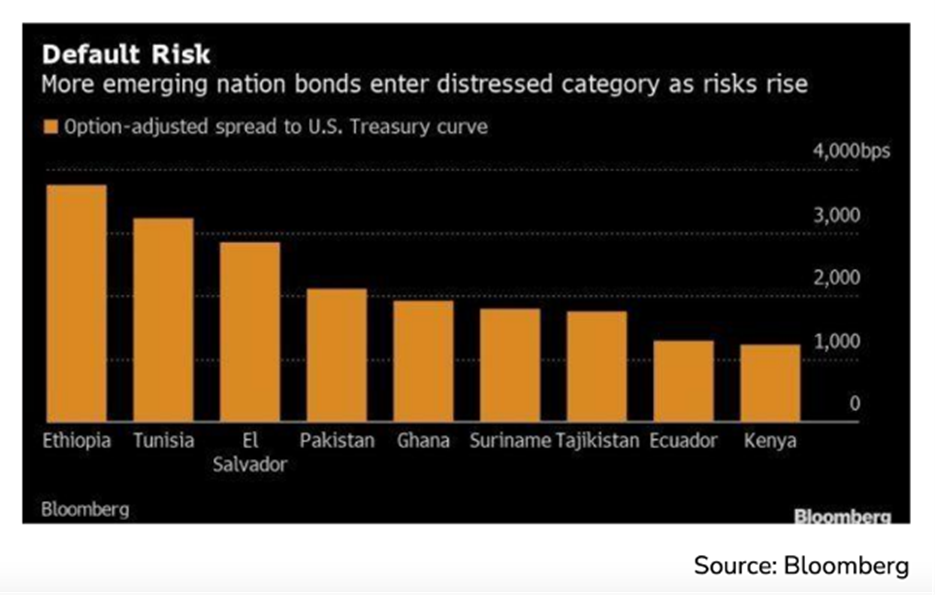 These names might not matter to many people, but when we start talking about the aggregate, we might look at a 1997-style crisis... but this time, dozens of nations take the hit. This matters at a time of rising food prices.

We have Green momentum on a Monday, let's find some nice wins for Midday Momentum at 12:30 pm ET.