I've been in the markets for nearly four decades now, good times and bad. I came through Black Monday in '87, the Dotcom Bust in 2000, the Financial Crisis of 2008, and the COVID Crash in 2020 in great shape because I knew how to stay flexible.

As rough as those were, I think we're on the verge of something different here; I see an economic wreck that could prove even more catastrophic than the four watershed market events of the past 40 years.

Now, in my view, this has already begun - we can see it every day in the stock market. So, I'm urgently recommending people take three steps to get through what's coming with their wealth strong and growing...

It all starts with dumping 10 stocks immediately, which we'll come to in a minute. Watch.... 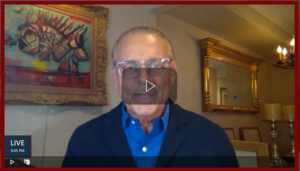