They stagger aimlessly along, overwhelming portfolios, dragging down defenseless stock indexes, and devouring hard-won profits. I'm talking about "zombie" companies, and, unlike movie monsters, they're a very real threat.

There's no killer sci-fi virus infecting them. These companies financed outrageous growth during the powerful bull markets of 2010 through 2021, packing on triple-digit stock price gains along the way, while making nothing of any real value.

The five companies I'm going to name in a second took on some $16.8 billion in debt for pennies in interest.

Only, after a rapid-fire series of Fed rate hikes, that debt has become cripplingly, even fatally expensive.

And on November 2, the Fed will raise rates by 75-basis-points for the fourth time in a row. It's the beginning of the end for these firms.

Clearly, you should sell any and all of these five stocks if you own them - and chances are you do. I'll name the stocks and tickers in just a second.

But there's rich opportunity here, too. I recommended trades on my five previous "Zombie" picks the last time the Fed hiked rates. We made a killing: 52% in 28 days, 100% in 34 days, and another 100% win in just eight days.

I'm going to name the stocks here and show you how you can get these trades, too. 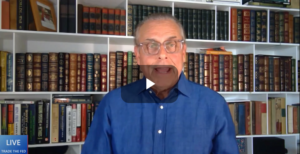