Urgent Update from Michael Robinson: Right now, the U.S., Russia, and China are battling for control over a new technology so powerful it will instantly reorder the global balance of power. For the U.S., securing this technology is critical and urgent. In fact, Secretary of Defense James Mattis says developing it is America’s number one priority. Get more details now. 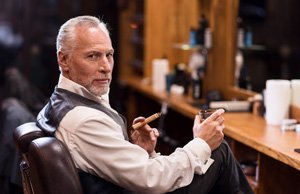 Since then, I've been studying the markets and how people make real money…

Fortunately, there are still undervalued companies to invest in….

Revealed: We just uncovered raw footage of a mind-blowing and highly classified, new weapon technology secretly being developed by the U.S. And the Pentagon is spending billions – soon to be trillions – to ramp up production. Click here to learn more now.

Here's how to take control of your financial future… 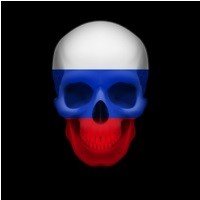 Yes, Trump is playing “nice” with Putin… publicly. But behind the scenes a new Russian threat has put the Pentagon on EXTREME HIGH ALERT. And the U.S. is gearing up for retaliation. Most of it is highly classified. But what’s been made available about this “punch in the face” to Russia will shock you. Continue here.

However, the profit opportunity could be much larger because this company is a potential acquisition target for the biggest e-commerce site in the world…

Sales have been growing by almost 30% a year over the last five years, and profits are expected to grow by roughly 20% over the next five years.

Keep in mind that this company is ripe for an acquisition offer. Its primary rival, Ring, was just purchased by Amazon.com Inc. (Nasdaq: AMZN) for a cool $1 billion.

ALRM currently has a $2 billion market cap, and Amazon wouldn't be afraid to pay more to own the company.

That could send the stock price higher.

For example, the Whole Foods stock price jumped 21.03% the day after Amazon announced it was buying the grocery chain on June 15.

Bonus Profit Opportunity: If you're looking for even more income, consider the KIO Special Opportunities Fund (NYSE: KIO). This closed-end fund offers a dividend of 9.41% and trades at a discount to its net-asset value. Half of the fund is tied up in leveraged loans, an asset class that does very well during times when the Federal Reserve raises interest rates. It really comes down to growth or income. You can't go wrong either way.

This Tiny Company Is Expected to See a 3,877% Revenue Explosion

Right now, the U.S., Russia, and China are locked in a tight battle for control over a new technology that’s so powerful, it will instantly reorder the global balance of power.

And for the U.S., securing this technology is URGENT.

Secretary of Defense James Mattis says developing it is America’s NUMBER ONE PRIORITY.

And Congress just authorized a 136% spending increase for this technology alone.

The term “game changer” doesn’t even begin to cover the scope of this innovation.

Which is why I’m reaching out to you today…

Our research has uncovered a small Alabama-based company with an invention essential to the future of this breakthrough.

Right now they hold the keys to an estimated $67.6 billion in potential contracts – which could mean their revenue multiplies by 3,877%.