Urgent Update from Michael Robinson: A new game-changing device has been approved by the FCC. The things this device can do will amaze you… The Washington Times says the technology behind this revolutionary innovation, “will change the world on a scale hardly seen in human history.” And now that this device is approved by the FCC, the floodgates are set to open – and could reward early investors with astronomical gains. With one tiny company at the center of this massive shift, even a small investment could create staggering wealth for years to come. Click here to learn how to set yourself up to make a fortune, before it’s too late.

I take great pride in being ahead of the markets and keeping your money moving well ahead of Wall Street. Not only are the profits bigger, but the

jump in performance you enjoy can be life-changing.

Recently, for example, David Seaburg – head of sales and trading at Cowen & Co. – told his audience that Walmart Inc. (NYSE: WMT) is dead money: "Stay away from it," he added.

Yep… and I told you as much three years ago while encouraging you to move your money into other choices like Target Corp. (NYSE: TGT) and Costco Wholesale Corp. (Nasdaq: COST) if you wanted to own "retail." Walmart's attempt to compete with Amazon.com Inc. (Nasdaq: AMZN) would involve spending so much money that management could kill earnings, which Seaburg directly mentioned.

Walmart stock is down 21.32% from the all-time high it set on Jan. 29, which means it's officially in bear market territory.

Fortunately, though, once you're away from the disaster of a retailer that Walmart is, there's still an incredible trade opportunity if you latch on now…

Five, actually, and here's why…

The "Amazon Effect" – If It Was a Snake, It Would Have Bitten You by Now

This – the "Amazon effect" – has been coming for a long time and could be seen a mile away. We talked about this many times over, but here's a quick recap: 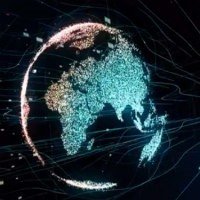 The FCC delivered earth-shattering news… and with a stroke of its pen, effectively ignited the most incredible ground-floor profit opportunity you’ll ever witness. Right now, one tiny company’s device is the only one of its kind to have received this coveted status, planting it dead-center in a total global energy overhaul – and what could soon be a TRILLION-dollar industry. To see exactly how to claim a spot on the ground floor, go here now.

E-commerce isn't going away, and it will not be put back in the bottle to "play nice" like many investors believe. The situation is very much "Amazon versus everybody else," which is why you want to make sure your money is on the right side of the proverbial equation.

First, align your money with Amazon. The company will dominate every industry it touches, even if it takes a while to gain the momentum it needs.

Second, buy shares in Alibaba Group Holding Ltd. (NYSE: BABA). The company is an online marketplace, a search engine, and a bank, all wrapped up in one package. Alibaba is to China, and the rest of the world, what Amazon is the United States… and then some.

You can invest directly in the company here in the United States by picking up BABA shares for $190.90, which is the price as I write.

Mark My Words: The impact of this will be beyond anything you’ve ever witnessed. You owe it to yourself to learn more now.

If you want to play along for what could be even bigger, faster gains, consider buying LEAP (long-term equity anticipation security) options on the stock. That would allow you to hold more of the stock for less money. Currently, the longest dated options (in the money) are BABA Jan. 17, 2020 $190 Call (BABA201217C00190000), priced at $35.50, as I type.

And, third, buy shares in Shopify Inc. (NYSE: SHOP). Based in Ottawa, Canada, the company provides a cloud-based, multi-channel commerce platform for small- and medium-sized businesses in Canada, the United States, the United Kingdom, Australia, and other parts of the world.

The whole process of setting up a store is very easy and can be done right from a laptop at your dining room table or from your favorite recliner.

In 2017, the company announced that it powers over 500,000 businesses in 175 countries – helping to service everyone from entrepreneurs to students who have crippling loan debt or are paying for their school currently.

The play here is twofold… Shopify stands on its own merits but could very well be Amazon's next acquisition.

Just like Alibaba, you can invest directly in Shopify here in the United States by picking up shares of Shopify Inc. for $166.19, their price as I write.

Obviously, the story will continue.

And I'll be with you at every step.

Did the FCC Just Hand You Your Next Big Payday Opportunity?

With a stroke of its pen, the FCC has granted approval for a breakthrough device that’s about to change all of our lives forever.

You see, we’re on the brink of a complete global energy overhaul, and right now, one tiny company has the key to it all.

If you want to see how to be poised for the biggest, most life-changing gains, you better strike now.

13864 Reads
Sell These 3 REITs Before It's Too Late
We love REITs, but they aren't created equal. These three REITs shouldn't be anywhere near your portfolio.