Get Andrew Keene's latest recommendations and research sent straight to your inbox the moment they're released.

Earnings season is wrapping up, and as usual, a lot of profits have been left on the table.

This should be the most profitable time of year. But so many traders miss the best opportunities.

That's why I trade earnings differently than everyone else.

I'm not an analyst. I don't give much thought to revenue and earnings per share (EPS). If you only focus on the top and bottom line, earnings can get really complicated, really quickly.

So I created my three-step earnings trading plan.

This plan simplifies the earnings process and still comes loaded with that same exciting profit potential that earnings brings.

For anyone who doesn't feel like they're making as much as they could from earnings, this plan will help you profit every single quarter, like clockwork.

Here's all you need to do… Full Story

Here's all you need to do... Full Story

Today's Fast Profits trade is backed by a signal more powerful than any headline.

A huge technical indicator says this stock could skyrocket by March 20th.

Special guest contributor Andrew Keene is giving away this easy way to double your money on a up-and-coming Chinese e-commerce platform.

The last time he made a trade like this, readers walked away with a 400% windfall...

The fall of aviation icon Boeing has been one of the most shocking market stories of the past year.

Once the biggest name in the industry, Boeing took hit after hit throughout 2019.

Let's go back to the beginning.

In 2018, Boeing was promising it could ramp up production of its 737 Max models to meet the influx in demand.

And five months after that, a second crash rocked the world and the company.

This was followed by a laundry list of misfortune for Boeing.

What was supposed to be the company's flagship model turned into its worst nightmare. The plane has been grounded worldwide since March 2019.

Cancellations have outpaced deliveries following the aircraft's grounding. And its overall shares have plummeted about 25% following the second deadly crash.

Meanwhile, Boeing's main competitor, Airbus, has been outpacing it in the production of the A320neo, a roughly equivalent aircraft.

Boeing's recent earnings report posted its first annual loss in more than two decades. According to Barron's, core earnings per share fell from $10.85 to $6.50 for 2020, while cash flow was cut from an inflow of $9.8 billion to an outflow of $5.6 billion.

This earnings report has opened the door to a whirlwind of different questions – but the most important one for traders is where this stock will head next.

It's a great question, but it doesn't really matter. Let me explain why… Full Story

It's a great question, but it doesn't really matter. Let me explain why...

We've been enjoying a long bullish run in the market. And Members of The 1450 Club have reaped the benefits, securing profit after profit – such as a 50% gain on Macy's in less than 10 minutes.

But we're now seeing some signs of a market that's retreating.

This drawback, paired with the current whispers of a January sell-off, ramped up the fear in the market, so it's no surprise when headlines like these hit the airwaves…

"The Risk of a Market Correction in 2020 Hits New Highs"

"Will the Stock Market Bubble Explode in 2020? This Trader Makes a Big Prediction When It Will Happen"

But I'm here to tell you that you shouldn't let these fear-inducing headlines start off your new year with market anxiety. As long as you have a solid trading plan in place and educate yourself about what's going on, you should come out on top.

And Andrew's going to show you exactly how you can do that...

I don't know about you, but I like sticking to a routine with most things in my life. I'm talking my morning routine, my workout routine, my grooming routine, even my lunch routine (one grass-fed organic ribeye, every day, in case you were wondering).

So – big surprise – I like to stick to a routine when it comes to trading, too. And I'm going to let you in on it, because (a) it's really easy to follow, and (b) I think it's going to help give you a chance to make the same kind of money I have.

What I don't do is chase the news or try and jump into the first trade I see; that won't work.

Instead, I turn to my seven "core stocks." These are the stocks I trade every single day if I see the opportunity.

I buy these stocks in the first 30 minutes… and I take my profits before 4:30 p.m. each and every day.

These aren't just any stocks, now. I'm talking about market movers – massive, well-known companies with tons of volume and liquidity.

And the best part is that I profit off of them within the day. As in, I'm out and my account is up before dinner. There's no buy-and-hold, no tying up my cash in hopes that I see a single-digit return in four months.

Let me show you my "starting lineup"… Full Story

Let me show you my "starting lineup"... Full Story

The Transform Your Life Summit is right around the corner. By now you've probably heard me say this a bunch of times… 1 hour a day… 4 days a week… 50x.

And today, I'm going to show you this in action.

There's a mysterious pattern that appears with certain stocks between 9:30 a.m. and 10:30 a.m. – Monday through Thursday. That's your 1 hour and your 4 days. And you can probably figure out what the 50x stands for.

If you know how to spot this pattern, you can repeatedly take advantage of it and collect winners in rapid-fire succession.

Just this past Monday, I made 104% in one day on Boston Scientific. 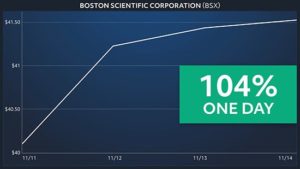 A few days before… 40% in 35 minutes on Equitrans Midstream. 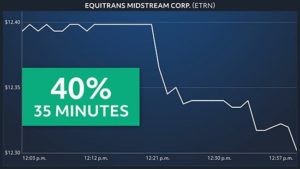 That day, I also pocketed 86% on World Wrestling Entertainment from a trade I set up the prior morning. 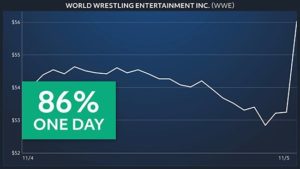 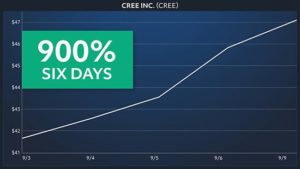 Year after year, I'm growing my net worth – 1 hour a day, 4 days a week. This is how I went from zero to $5 million in under two years. And it's been really easy helping others transform their lives, too.

Let's rewind the clock back to last July and take a closer look at how this works...

8194 Reads
These 3 High-Yield REITs Pay 8%, 10%, and 12% Dividends
REITs produce gobs of cash from rent and other fees generated from properties including office buildings, storage units, multifamily units, and more.