Editor's Note: Passive investing is more popular than ever, but it comes with unique risks. Shah detailed those dangers after "Black Monday," the 2015 market plunge that wreaked havoc on ETFs. He also shared a safer way to play these trading tools. Here's what he suggested...

In the investment markets - the portions that affect you and me - exchange-traded funds (ETFs) have emerged as the ultimate market disruptor.

This massive shift is due to more than investor fickleness. ETFs trade all day like stocks - making them better than mutual funds. There are more than 1,500 of them, according to ETF.com. There's an ETF for almost every industry, index, asset class, and risk-exposure play you can think of.

But if you know anything about magic, you know there are times where the trick goes awry.

The hat lacks the rabbit. 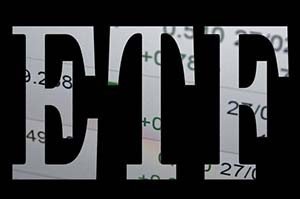 The woman in the box actually does get cut in half.

The same types of tragedies can befall ETF investors. It's rare. And it's not intentional - it's just what happens when the magic trick doesn't work... as millions of ETF investors and traders just found out the hard way on Aug. 24, 2015.

Here's what happened, what's going to happen again, and a strategy that will protect you - without having to "cash out" and hide yourself on the sidelines.

And back here, I'm going to show how to make the ETF magic work for you... as long as it holds.

In short, I'm going to give you the best of both worlds...

Problems for ETFs on Black Monday

Before the open that morning, stock market futures indicated the Dow Jones Industrial Average could open down 1,000 points. Almost all stocks that opened traded down.

A lot of those stocks were temporarily halted when they reached "limit up/limit down" levels. Lots of stocks didn't open near the time they should have. Against that backdrop - throughout the morning - futures prices were swinging widely and triggering their own halts.

This magical breakdown created a wicked problem for ETFs.

A lot of that will happen with the new BITCOIN ETF.