Investing in the technologies of the future is lucrative, sure. But it's a long-term investment – and why wait to make that kind of cash if you don't have to?

Forget one-day shipping, cross-country flights, and 5G smartphones. The newest technology to hit the scene is space travel – and it could be the hottest, most lucrative investment to date.

And with this strategy, you don't have to wait for tourists to land on the moon in order to see a profit.

In fact, you could see cash the likes of Apple's 11-year growth before spring.

This is all you have to do…

Cash In on Space Tourism with This Virgin Galactic Play

Since going public back in October, Virgin Galactic Holdings Inc. Class A (NYSE: SPCE) has more than tripled, up over 217% at the time of writing. It's even topped Tesla's meteoric run. And the reason why is right there in the ticker symbol: SPCE.

The company is in the business of space travel. Particularly, a space tourism business with the goal of creating hypersonic long-distance travel capabilities. And last week, SPCE announced that it had moved its SpaceShipTwo suborbital plane to its commercial headquarters in New Mexico. 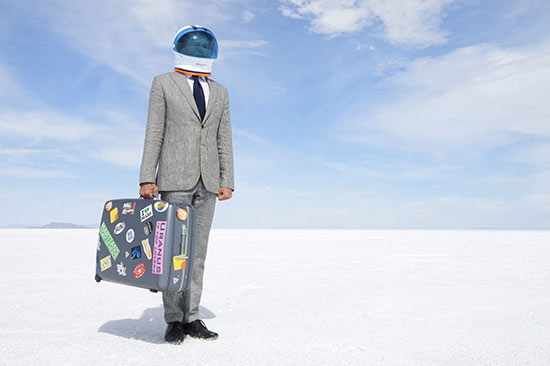 It was a move that took the company one step closer to bringing paid passengers to the Milky Way – and one that turned the stock into the most traded across the entire market.

Fintech company SoFi reported that Tuesday was both the stock's largest purchase day and that the stock was the most traded on the platform overall. Fidelity claimed that users bought SPCE more than any other stock on Tuesday. And according to TD Ameritrade, SPCE was "among the top names bought by retail investors" in all of January.

When volume is this high on a stock, it means there's a huge profit opportunity at play. In fact, the amount of money changing hands in this market every day has grown immensely in the past six months. It's turned into an enormous $68 trillion-dollar explosion of capital that's creating the biggest opportunity I've ever seen. Click here to learn more.

So, sure, you could join in with the investors on these platforms and simply buy the stock. But think about this: SPCE is unprofitable. The company isn't expected to make money until 2022. And since going public, it has yet to report quarterly financial earnings.

It could take years for shares of SPCE to return the life-changing amount of money that early investors in companies like Apple and Amazon have today. But if you purchase a call option instead, then you don't have to wait.