That's got a lot of investors wondering if the "retail ice age" we talk about frequently is over. And more specifically, whether or not they should buy Kohl's stock...

The "Retail Ice Age" is a long way from over, and there's only one way to play it.

It's true the retail industry as a whole is benefiting from stronger consumer confidence, a booming stock market, and better jobs data. But "over," like Wall Street wants you to believe?!

5 Reasons You Don't Want to Fall for It

Kohl's - like Target Corp. (NYSE: TGT), American Eagle Outfitters Inc. (NYSE: AEO), Lululemon Athletica Inc. (Nasdaq: LULU) and JCPenney Co. Inc. (NYSE: JCP) - is enjoying a short-term holiday rally, based on strong sales numbers it put up in just November and December. That's not a trend... it's a two-month blip on the radar that happens every year.

Wall Street wants you to believe that there are companies capable of withstanding the onslaught of Amazon.com Inc. (Nasdaq: AMZN) because it's in their vested interest to do so. The big banks make billions, financing ongoing retail operations by loaning 'em money, fine-tuning inventory costs, and even providing a conduit for those fancy gift cards you get by being a "preferred member" of whatever buying network a retailer has created, in an effort to draw you and your wallet closer.

More than 5,000 stores closed in 2017, and 2018's list already includes 3,600 stores, according to Business Insider's analysis. All the usual suspects made the cut, including Macy's Inc. (NYSE: M), Sears Holding Corp. (Nasdaq: SHLD), and Kmart, just to name a few. 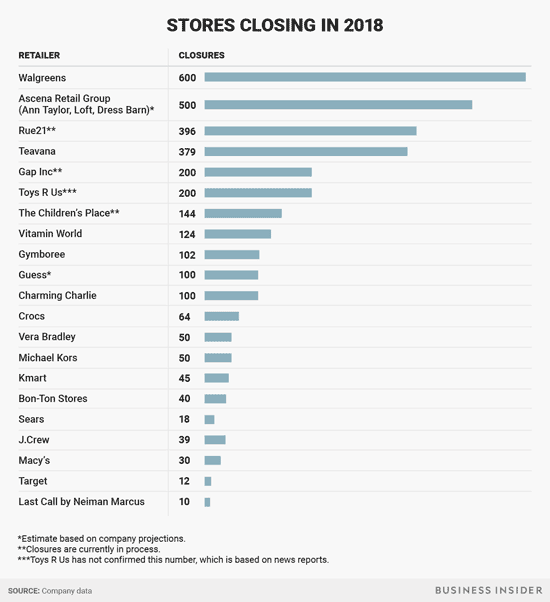 By the way, if you got a gift card from any of these chains this holiday season, I'd encourage you to spend it immediately... or there's a very real risk that it'll be worthless before you know it.

More than 50 retailers filed for bankruptcy in 2017, and the Class of 2018 is already well-formed, according to S&P Global Market Intelligence. There's obviously some crossover from the list of store closures I just shared with you, but - and this is important - some companies will go straight to receivership in a move that could crater unsuspecting investors who get caught unawares. 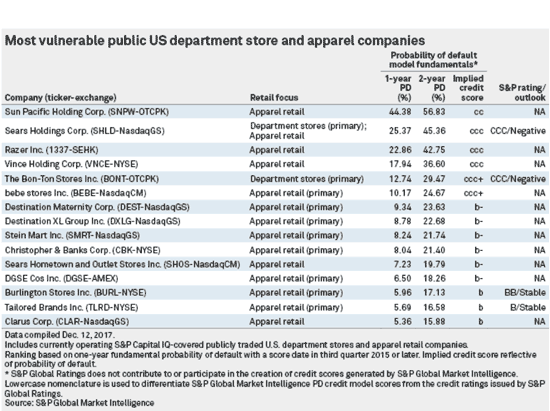 To borrow an old Monopoly board game analogy my grandfather used frequently, these retailers "will not pass 'go,' and they sure as hell won't collect $200 (for doing so)."

Less than 50% of the 1,200 shopping malls in this country are expected to be in business by 2023, a scant five years from now. They're big, bold, and busted. According to the International Institute of Finance, that puts the retail sector on track to lose somewhere in the neighborhood of 110,000 jobs on an annualized basis.

So, bravo for Kohl's!

CEO Kevin Mansell is doing great things at a time when the broader industry is in decline. No doubt he's a standout for having aligned with Amazon, for drawing consumers into his stores, and for making the changes necessary to survive.

I find it hard to get excited, though, about investing in a company based on a single 6.9% two-month jump in comparable sales, when Amazon's holiday sales rose 18.1% and Alibaba Group Holding Ltd.'s (NYSE: BABA) sales from Single's Day alone hit $25.3 billion - a 40% year-over-year jump.

What to Buy Right Now for Maximum Profits Instead of Kohl's