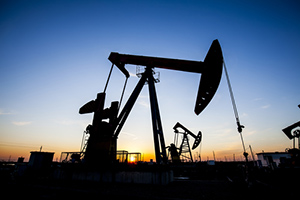 The price of oil has soared more than 50% in just over one year. And in the last two months, it has jumped an impressive 15% since the OPEC deal to curb production.

That's why we're bringing Money Morning readers a complete list of oil stocks to watch that are profiting from soaring oil prices.

But just because oil prices are rising doesn't mean that every oil stock is a good investment.

Some oil stocks will benefit from the forces behind climbing oil prices. Some will not.

But first, let's look at why oil prices are climbing and why that's so bullish for certain oil stocks...

Why Oil Prices Will Continue to Climb

Oil prices hit a decade low roughly a year ago. The January 2016 price for one barrel of West Texas Intermediate (WTI) was just $35.73.

The first reason is an agreement by the Organization of Petroleum Exporting Countries (OPEC) to cut production in order to drive the price of oil higher.

In November 2016, the OPEC countries and 11 other nations agreed to cut their oil production by 32.5 million barrels per day in 2017. Since then, crude oil prices have increased approximately 18%.

Moors forecasts that the price of oil will remain over $50 per barrel as long as OPEC's agreement remains in place.

The second reason to expect increases in the price of oil is worldwide demand. The EIA estimates that energy demand will rise 25% by 2040, citing both the expected increases in populations in India and China and expanded energy demand from these two countries.

Oil is expected to play a major role in fulfilling the demand for energy. In fact, the 2017 Energy Outlook from Exxon Mobil Corp. (NYSE: XOM) estimates that oil will remain the world's primary energy supply through 2040.

The third reason behind an expected climb in 2017 oil prices is the new presidential administration's policies on energy and oil. President Donald Trump's proposals are good news for companies who work with crude oil.

Trump's proposals are aimed at more U.S. energy independence for the United States. This could reduce restrictions on U.S. energy exploration and oil drilling.

His cabinet secretary nominees indicate that cutting restrictions could be very much part of the plan.

In addition, the former CEO of Exxon, Rex Tillerson, was been nominated as secretary of state. If he is confirmed, Tillerson could have one of the most important jobs in any president's administration.

But they also have massive expenses. Although the price of oil per barrel rose through 2016, it is still below the $90 per barrel price it hit in 2014.

Big Oil companies have invested in extremely large projects in the past. Moors points out that right now, they are having to sell assets just to pay down debt from these huge projects to keep their dividends afloat.

Big Oil stocks all have robust dividends, but they cannot fund them from profits because of their debt service burden.

Because of the condition of their balance sheets, investors should not choose Big Oil from the list of oil stocks to buy.

So, what is on our list of oil stocks to buy? Here are our top two picks...