Everybody loves a good rally, and this week gave us one, with the Dow blasting up almost 1200 points by the time markets closed on Thursday. The CPI print came in lower than expected, at 7.7%, so naturally we saw a rush of call option buying from market-maker dealers and retail traders, pushing markets skyward. Things could keep popping up higher if a wave of FOMO buying follows next week, or if we get a Santa Claus rally this holiday season.

But the long-term outlook is much less certain. Whether the Fed begins to ease the pace of its rate hikes or not, they've made one thing clear - they're not budging from their 2% inflation target. That means we're still going to see higher interest rates for longer, and that creates significant resistance to moving out of the overall bear market we've seen all year.

On yesterday's episode of Shah Gilani Live, I broke down everything you need to know about what's happening right now and how to play it. In case you missed it, you can watch it by clicking the image below: 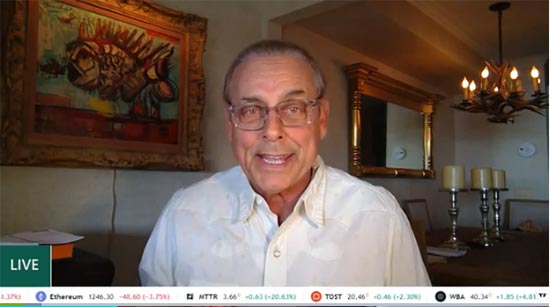 I've got my eye on the dollar collapse and potential contagion fallout from the FTX debacle, and as always, I'll keep you posted on any opportunities I see. Keep an eye on your inboxes.

Have a great weekend,

The post Tapering Inflation Rallied the Markets - Here's What to Do Now appeared first on Total Wealth.