Editor's Note: The EPA's Nov. 30 decision to maintain the ethanol levels required in transportation fuel was a win for renewables. That's why we're revisiting Kent's outlook for biofuel, its place in the new energy balance, and the investment opportunities it's opening up now...

As we shift into the "new age" of energy, one thing is very clear: This is no longer a zero-sum game.

While crude will continue to be the star, other sources of energy, such as renewable energy, will start to gain market share.

A new energy balance will begin to take hold, and it will have less and less to do with crude.

This new world will include a massive move into renewables like wind and solar power.

But the truth is even bigger than that.

This new era will be driven by a major move into biofuels as well.

In fact, the projected future size of this market is nothing short of eye-opening...

Old Paradigms and Limitations Are Irrelevant 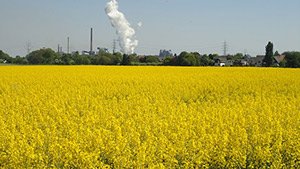 According to a report entitled "Global Second Generation Biofuels - Size, Industry Analysis, Trends, Opportunities, Growth and Forecast, 2013 - 2020," the second generation, or "advanced," global biofuels market, is expected to reach $23.9 billion by 2020, registering a 49.4% compound annual growth rate (CAGR) between 2014 and 2020.

And with more than 50% of the globally installed capacity base, North America is now poised to generate the largest share of revenue.

These "second-generation biofuels" have been developed to overcome the limitations commonly associated with traditional biofuels. These limitations include the threats they pose to biodiversity and a range of "food versus fuel" objections.

It can power your car, heat your home, and even run entire factories. Apple has already invested $1 billion, Google committed $300 million, and Facebook, Amazon, and General Motors are getting in on this, too. Find out why experts believe this breakthrough could grow 80,000% in the near future. Click here.

The persistent criticisms of corn-based ethanol are a perfect example of what I'm talking about.

Conversely, second-generation biofuels are produced from a range of non-food crops and waste biomass, and are also more energy efficient than conventional fossil fuels. And, as a side benefit, these new biofuels minimize greenhouse gas (GHG) emissions by over 90%, making them environmentally attractive.

Along with the benefits offered by second-generation biofuels, financial incentives and new regulations in the United States and Europe have been instrumental in driving the commercial production and adoption of these advanced biofuels.

One such initiative is the U.S. Renewable Fuel Standards (RFS), which requires that 36 billion gallons of renewable fuel be used by 2020. By comparison, just 9 billion gallons were required in 2008.

However, complexities associated with the production process and with high initial capital investment and land usage in the vicinity of feedstock have impeded the growth of the biofuel market...

Currently, biodiesel garners the largest share of the second-generation biofuel market. However, it's now expected that the latest and most commercially viable cellulosic ethanol will surpass biodiesel and eventually lead the market by 2020 - driven primarily by the ease of producing it.

Given its economy of scale, the cellulosic ethanol market is now forecast to grow at a CAGR 52.2% from 2014 to 2020, due largely to the rapid growth in the technologies that allow for greater mass production.

Howdy Energy,
Attempting to sell CRZO for half of what I paid for it, you want it!
Again do you really know what crude is doing in the face of alternate
energy, was wondering about your suggestion went with it any way!
cak
kwenchy3@gmail.com