Editor's Note: When you understand your tech investing personality, you can tailor your strategy to better match your goals - and keep watch for the pitfalls you're most likely to fall into. With a new investing year around the corner, now's the perfect time to check out Michael's breakdown of the five main tech investing "types" below. Here's Michael...

It's a great motto... especially for investors.

They don't know themselves...

I watch as folks take losses and miss out on profits - mistakes they could have easily avoided if they'd only taken the time to know their investing personalities just a little bit better.

And the profits you'll reap will make it well worth your time... 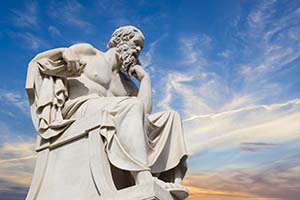 For this type of growth investor, paying five times book value (P/BV) or sales (P/S) is just fine - even though the general "rule of thumb" is a maximum of two times. The reason: Race Car Drivers are looking for firms that grow their earnings by 25% to 40% a year. With growth like that, a company's stock could double in as little as 18 months.