Editor's Note: Earlier this week, Shah forecast that markets are gearing up for a year-end rally, a rising tide that will lift the major indexes as well as the big ETFs tracking them. Today, we're revisiting exactly why Shah likes ETFs - and which ones are most worth your money. Here's Shah...

Ask me to name the greatest retail product to ever come out of Wall Street and I'll point to exchange-traded funds - better known as ETFs.

ETFs are great for lots of reasons, but mostly because they are supreme disruptors.

Besides being financial sector disruptors, ETFs are extraordinary personal disruptors. And whenever you find a spot where two or more disruptors/catalysts converge, you've also identified your biggest extreme profit opportunities.

Today I want to show you how to employ this "disruptanomics" one-two punch to your maximum personal advantage.

It will uncomplicate your financial life by establishing a foundation for your extreme profit investments.

And that will set you up for extreme wealth.

Why I Dig ETFs 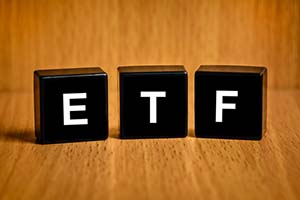 Let me start by openly admitting my bias: I love ETFs... even more than I've always disliked conventional mutual funds.

That "bias" is actually a big part of the reason I view ETFs as such a foundation for meaningful wealth.

During my time as a professional trader, you see, I would never place my money where I couldn't see what someone was doing with it, where it was expensive to park, or where I couldn't - during market hours - turn my shares into cash when my indicators told me it was time to "take cover."

Lots of investors own mutual funds - because that's what they were "sold" for many years by the industry that tried to enslave them.

The upshot: Those fund holders have no concept about how badly they're being exploited.

Most mutual funds are way too expensive. Some also have sales charges and exit charges (called front and rear "loads" in broker parlance) and so-called 12b-1 fees and transaction charges.

Unless it's an index fund, you're only told what's in your mutual fund portfolio every quarter - and even then there's a 30-day time lag. With mutual funds, it's possible to lose money on your investment and still have to pay capital gains taxes.

And there's the whole price realization uncertainty thing: Even if you sell a fund early in the trading day, you're still going to get that evening's closing price. That doesn't do us a damn bit of good if we see the market slipping - and sell - only to have stocks plunge a few thousand points afterward.

Anatomy of a Winner

You have none of these issues with ETFs.

(I have detailed some pricing issues in past reports, but those issues were limited to major "down" markets. And let's face it: In a market that bad, you'll have problems with investments of all types - not just ETFs.)

With ETFs, you know what's in the underlying portfolio. Almost all ETF sponsors have product websites where you can see what's in the fund portfolios. Even "managed ETFs" - which trade in and out of stocks - have to post their holdings every day.

You will have capital gains when you sell your ETFs - if you bought them at a lower price. So you won't get socked with a capital gains tax bill if you haven't sold them, which happens too often with mutual funds.

Missing Out? If you're not making gains like this, you could be cheating yourself out of tens of thousands of dollars. Click here to learn more...

Most important, for me, is that I can sell my ETFs any time during the day and know what price I've gotten. Sometimes you can trade ETFs before and after hours if there are buyers or sellers on the other side of your trade when the exchanges are closed.

There are all kinds of offerings, but one basic theme.

There are more than 1,500 ETFs in the market. Another 150 are introduced every year. Not all ETFs that make it to market live forever. More than a few die off every year - for different reasons - but mostly from lack of investor interest in them.

What makes the great majority of ETFs so valuable is that most of them are basically indexed products.

And they're indexed in unique ways.

There are baskets of stocks, or futures, or bonds, or derivatives - or hard assets, such as physical gold - which make up underlying portfolios and represent an industry, an asset class, a country's stock market... or even fixed-income securities of different yields, risk profiles, and maturities. Whatever the underlying "stuff" is in the portfolio, an ETF gives you specific exposure to what you want to trade or invest in.

The best examples of ETFs being mostly indexed products are the major market benchmark indexes. Those three ETF products are, in my professional opinion, the most important for investors and traders.

Although there may be different ETF products that track the same benchmarks, the ones that have the most assets under management - meaning the biggest, most liquid ETFs that have huge daily trading volumes - are the ones you should look at.

They're always your best bet.

I don't get it. Just a few months back you were bashing ETFs and that they were going to destroy the market. Which one is it?

What do you think of the new Canadian Horizons Life Sciences Cannabis ETF… n.o.w. offered on the NYSE?