A single financial document has emerged that may hold the answer.

According to a new SEC filing, Buffett is sitting on $55 billion in cash through his company Berkshire Hathaway. This is highly unusual behavior from a man often called "the world's greatest investor."

It's the biggest cash hoard the company has ever amassed in the 40 years he's been in charge.

At a cost of $29 million every single day he keeps his money out of the markets, from all outward appearances, this appears to be a risky and costly gamble, a bet that the markets will plummet.

Shocking: See the chart that may have caused Buffett to bet on a U.S. stock market collapse

But he's not the only famous investor who fears a dangerous stock market correction is coming.

Jim Rogers recently admitted to Yahoo! that he is staying far away from U.S. stocks.

He's long held 3% of his portfolio in this specific investment as insurance, but he just increased it over 5X to 16%.

That is an alarming sign that Soros is also betting on a stock market collapse. And given his track record of predicting these events, it's one we should not ignore.

So the question remains: Why are some of the "greatest investors alive" betting against Wall Street?

According to Jim Rickards, the CIA's Financial Threat and Asymmetric Warfare Advisor, they are taking emergency measures now before a historic economic meltdown strikes – one he, and many of his colleagues at the U.S. Intelligence Community, fear is unavoidable.

In an exclusive interview with Money Morning, Rickards warned, "The signals we've been tracking are quite clear, a 70% stock market crash is imminent."

Rickards, a three-decade veteran of Wall Street's biggest hedge funds and investment banks, knows billionaires like Buffett are well-connected to both the financial markets and U.S. government.

So it's logical they'd have the luxury of receiving an advanced warning of a coming catastrophe similar to what his work with the CIA is forecasting.

"Every business in the world whose back is to the wall, they're distressed, they go to Warren Buffett" asking for a bailout, Rickards explained. "Think of the information he has. He sees everything.

"I think Buffett is seeing the same things my colleagues and I are."

Rickards stepped forward to take part in this exclusive interview so average Americans could receive this early stock market crash warning as well.

During the discussion, Rickards shared a series of dangerous economic patterns that have recently appeared that he and those in the highest ranks of the intelligence community have been tracking.

What they reveal is an economy that has reached what he refers to as a "super critical state."

"Everybody knows we have a dangerous level of debt. That's no secret," he said. "But all signs are now flashing bright red that our chickens are about to come home to roost."

Rickards focused on five "flashpoints" the Intelligence Community is closely monitoring that they believe will soon ignite this collapse.

"This nearly instantaneous 70% stock market crash is just Phase 1. From the outside, nobody will see it coming," Rickards explained.

"Once it becomes clear that it's not a flash crash – it's a systemic meltdown in the economy itself, that's when the gravity of the situation will sink in. And there will be no digging out from it."

Stock Market Crash Just the Start of the Collapse

He went on to explain how a $100 trillion meltdown would quickly unfold in the aftermath. Then he used five words to describe what this was all leading to.

Over 2X More Dangerous Than the Great Depression

Does this chart prove a 70% stock market crash is imminent?
Click here to continue….
Rickards warnings are a part of a growing wave that have begun to appear from areas of our government who are not historically known for making their findings public.

Recently, a sensitive report containing the consensus view of all 16 branches of the U.S. Intelligence Committee surfaced. 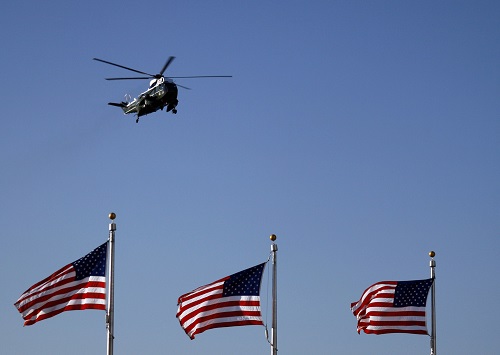 Warning: Measures have already been put "in play" for this 25-year Great Depression.
These agencies, which include Rickards' CIA, as well as the FBI, NSA, Army, and Navy, have already begun to jointly estimate the impact of, as the report stated, "the fall of the dollar as the global reserve currency."

The nightmarish endgame presented in this report involved "a worldwide economic breakdown and an extended period of global anarchy."

"Look at it this way," Rickards stated near the end of the interview. "Americans are standing at the bottom of a very tall mountain – Mt. Everest, Mt. Kilimanjaro… they look up and see an avalanche barreling down.

"Determining the one snowflake that started this chaos shouldn't be our focus. Recognizing the severity of the situation and moving to safety should be."

Buffett, Soros, and Rogers may be prepared for anything, but few individual investors are.

That's why Rickards is now urging Americans to ask themselves a simple question.

Editor's Note: For a limited time, you can view Rickards' interview and claim a free copy of his New York Times bestselling book, The Death of Money. Click here to continue…