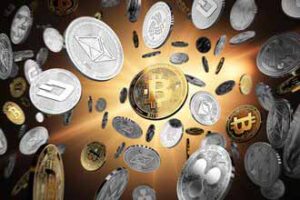 Have you ever heard someone using crypto slang and been utterly baffled?

You're not alone. The number of people deeply involved in cryptocurrencies - those who truly understand it - still make up a very small percentage of the population.

But crypto is a hot topic. It's turning up more and more in mainstream media outlets, particularly those that specialize in financial news. People are talking about it.

Like many new technologies, crypto has a language all its own. And while crypto terms can be colorful and descriptive, what's meant is not always obvious.

Think of it as Rosetta Stone for translating crypto language into plain English.

Airdrop: Cryptocurrency distributed for free based on particular criteria. For example, to receive some past airdrops, you had to prove you owned Bitcoin; how much you received was based on how much Bitcoin you owned. In other cases, airdropped coins are "earned" by sharing news or downloading an app. Crypto projects often use airdrops to generate interest in a new coin.

Bagholder: A person who owns a large quantity of a particular cryptocurrency. Usually used in a negative way.

Cold Storage: A cryptocurrency wallet not connected to the Internet. Includes hardware wallets and paper wallets. Recommended as a more secure way to store crypto.

Crypto Mom: A term of endearment for SEC Commissioner Hester Pierce, who earned the nickname for her outspoken support of clear, sensible crypto regulations and the SEC approval of a Bitcoin ETF.

Diamond Hands: Owners of crypto who refuse to sell no matter what's happening in the markets. The opposite of paper hands. Also see HODL.

DeFi: Short for "decentralized finance." It's a catch-all term for a digital ecosystem of smart contracts, decentralized exchanges, and special-purpose tokens built mostly on the Ethereum network.

Dust: Very tiny transactions that can clog up a network in large numbers. On networks with fluctuating fees, such as Bitcoin's, the cost to move a dust transaction sometimes can exceed the value of the dust itself. Users should try to consolidate their dust when fees are low.

HODL: A term that describes a crypto investor's determination not to sell regardless of price action. A person who does this is called a "HODLER." Originally a misspelling of the word "hold" in a Bitcoin forum post in 2013, it's invoked often by crypto enthusiasts on social media. Also understood to stand for the phrase "hold on for dear life."

Moon: A way of expressing optimism that a cryptocurrency's price will skyrocket/is skyrocketing, as in "To the moon!" Another popular variant is "When moon?"

Maximalist: A person who believes in the primacy of one cryptocurrency over all others. Most frequently applied to adamant Bitcoin advocates: "He's such a Bitcoin maximalist."

Paper Hands: The tendency to panic sell your crypto at the slightest sign of trouble. The opposite of diamond hands.

Pizza Day: The anniversary of the very first commercial transaction with Bitcoin, May 22, 2010. A programmer named Laszlo Hanyecz bought two pizzas for 10,000 bitcoin.

REKT: A phonetic spelling of "wrecked." This term was borrowed from the online gaming community, where it describes a person who suffered an especially bad beat. In cryptocurrency, it means a severe financial loss: "When Bitcoin crashed in 2018, I got REKT."

Rug Pull: A scam crypto project that "pulls the rug out" from investors by enticing them to swap a valuable crypto like Ethereum for a new token that promises massive gains. The scammers then drain liquidity for the coin from its trading pools on DeFi exchanges, making it near impossible to sell and leaving victims with worthless tokens. Also known as "getting rugged."

Want to expand your cryptocurrency vocabulary even more? Check out our full Crypto Glossary here. Our in-house crypto expert, David Zeiler, frequently updates it, adding new terms as they're coined by the crypto community.