The search was still on in Florida Tuesday for the winner of the largest Powerball jackpot in history. 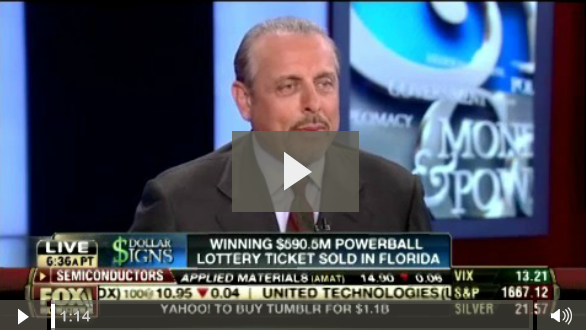 The winning ticket is worth $590.5 million. The winner could claim a lump sum of about $371 million and after the lottery withholds 25% to pay federal taxes, would be left with nearly $280 million after taxes.

That means the winner will be able to decide how to invest $280 million - likely more money than they've ever had before - if, of course, it's not spent in a frivolous splurge.

In some places the queues stretched around the block.

Across the country, nearly everyone fantasized about how they would spend it if they were lucky enough to win the biggest Mega Millions jackpot of all time.

But the truth is: it's just not that easy to spend $656 million.

Many of the things you might spend the money on wouldn't be enjoyable, and might make you less happy than you were before you won.

Once the thrill subsides, the larger realities settle in.

I know that sounds crazy, but it's true.

Using my own tastes and preferences as an example, I'll explain what I mean. I'm comfortably well off, but nowhere near rich enough to "have everything."

The First Stop with My Mega Millions

The moment the check clears, baby, the first purchase is easy. I need a new car soon, and this would be the chance to get a real one.

It was described by Top Gear, the British TV show, as "the archetypal Marmite car." For 70% of those who know what Marmite is, the immediate reaction of course is "Yuck!"

But listen, I'm British, I have the bizarre hidden gene that makes me like Marmite, and that's what Top Gear is saying - even though designed by Germans, it's the sort of car that especially appeals to Brits - very posh, old-fashioned looking interior, lots of leather and walnut, top speed of 185mph, but completely silent and effortless with it.

Brits have a fetish about this: not only do they want to be No. 1, but they want it to appear as though they got there entirely without raising a sweat. Very un-American, I know!

But that's about it for cars.

I don't want any of those million-dollar specialty Bugattis that do 300mph - my reaction speeds aren't quick enough.

Even with a mere Bentley, the nearest dealer is in New Jersey, about 90 miles from here, but I presume that if you pay them enough, they will come and pick the car up when it goes wrong.

I might be tempted by a 1938 Lagonda V12, with cocktail cabinet in the back seat. It's the car that made Hitler furious in 1939 when it set speed records on all the new German autobahns.

It would cost me about $1.5 million if I could find one- but God knows where the nearest place is to get a vintage Lagonda serviced!

Besides, I'll bet it's a bitch to drive - back then, Lagonda owners had a chauffeur.

Not all Its Cracked up To Be

The Lagonda example shows the snag in spending this kind of money - the upkeep costs and hassles can be horrendous.