Important Update: You could collect a second payday every month with a few simple steps. Around the second week of every month, some folks are being mailed envelopes containing $1,795… others are collecting $3,000 or more every month. Click here to learn how you could join them.

The numbers are staggering. Over the next six years, the biotech market is expected to add $593 billion in value – a 419% leap over the size of today's biotech market. 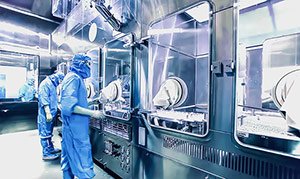 All three of our biotech stocks have a VQScore of 4 – the highest score possible and a clear indicator of strong growth potential.

In fact, our top biotech stock could skyrocket 130% higher…

These acquisitions have led to huge increases in Shire's bottom line over the last three years. Since 2015, Shire's gross profit has jumped from $5.4 million to $11.2 million – a 104% increase.

Acquisition of Shire will allow Takeda to grow its pharmaceutical distribution operation in the United States – an expansion that is sure to boost Shire's bottom line and shareholder returns.

While a 39% gain is substantial, our second-favorite biotech stock is on the verge of delivering a 111% return…

Lack of considerable debt has allowed Corcept to continually reinvest in the distribution and development of the company's flagship drug, Korlym – a treatment for hyperglycemia.

And there's still plenty of room for upside… 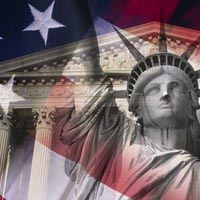 Most people don't know about the $11.1 billion pool of money that exists at the Treasury Department. And I'd bet even fewer people know about this backdoor investment to get a piece of it… one that gives you a way to get on a distribution list entitling you to a HUGE monthly check. Click here for the full story.

This kind of performance has led analysts to give Exelixis a high price target of $40 – a 136% increase over today's price of $18.

An unprecedented phenomenon has effectively put $31 billion worth of new money up for grabs.

Every single day for the past year, this "cash grab" has presented an average of five new people the opportunity to collect rare seven-figure payouts.

Twenty-four people a day have been able to receive an exceptional six figures… and countless others have between $10,000 and $99,000 waiting for them. In fact, on top of the whopping $31 billion that's already in play, as much as $10.7 million is being distributed every single day.