When I began Total Wealth, I highlighted six Unstoppable Trends – six forces of the investing world that never lose the power to move markets. These industries are always in demand, always evolving with the times, and they never stop bringing profits to investors.

And today, not only are all the Unstoppable Trends just as profitable as they were when I identified them 13 years ago, but many are getting even stronger.

Meaning the companies they support could make you even more money.

The best example of this is Apple Inc. (NASDAQ: AAPL). I told my readers that this company would double in 2019, and it did.

Thing is, I'm not telling you this to brag. What I want you to understand is that stocks backed by Unstoppable Trends have the potential to dramatically outperform the markets.

And that's why you need to keep every single one of our trends at the top of your mind… so that you can tap into the potential created by trillions of dollars on the move.

Here's what you need to know about each of our Unstoppable Trends today – starting with the biggest opportunity on the planet right now.

Here's the thing: The Energy sector is growing increasingly stronger, even though it doesn't make headlines often.

It's easy to forget, but the demand for oil isn't falling. Heck, it's not even inching along. Instead, it's accelerating. Not 1 in 100 investors understands this, which is why many energy companies are priced like they're going to be out of business a year from now.

Across the board, on a global scale, countries are demanding more oil.

And the fact is, people need energy, water, sewage… all the stuff that allows you to live the lives we want. Many pay appealing dividends, which means you can earn a decent income in a permanently low-income world.

It's Too Easy: This simple two-step process is how you can turn six Unstoppable Trends into pure profits – no guesswork required. Read more…

In fact, the Organization of the Petroleum Exporting Countries (OPEC) has seen demand rising steadily, even as "signs of stress" appear in the global economy. In the next five years, oil demand is expected to increase by 6.1 million barrels per day; in the longer term – through 2040 – this number is expected to increase by 12 million bpd, bringing global demand to 110.6 bpd.

Those numbers don't lie. We're still seeing the need for oil and other energy sources, and that's why we'll continue to seek out bargains in the oil and gas sector for years to come. 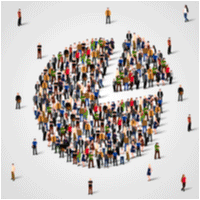 The world's population is about to hit a never-before-seen milestone. According to the U.S. Census, the number of people aged 65 and older will outnumber children younger than four years old worldwide within the year. It will be the first time in recorded history that this has been the case.

More than that, it's estimated that one in five U.S. residents will be retirement age.

Of course, in some countries, like Japan, the future is already here. Japan's aging population has already had huge economic consequences – as America's will eventually – ranging from diminished productivity to soaring healthcare costs to strained social security programs.

This could mean surging profits for medical companies like Becton Dickinson and Co. (NYSE: BDX), and it will contribute to a complete global currency realignment, perhaps even breaking several major currencies, including the yen.

I'll be following the situation closely, looking for even more investments that could profit from the inevitable consequences of a Demographic revolution. 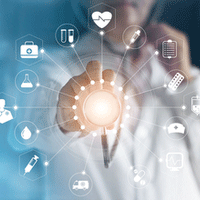 U.S. healthcare spending racks up $3.1 trillion annually, thanks in large part to uncovered expenses and administrative and operational issues. In fact, the healthcare sector in the United States alone could be the world's fifth largest economy, if measured on its own, according to Consumer Reports.

And these are charges insurance doesn't cover. With the average healthcare premium hitting $440 per month per person, you don't need to do the math to know that there's a lot of money in the health insurance companies as well.

Factor in the cutting-edge medical technologies and breakthrough treatments that are constantly becoming mainstreamed and implemented in all of the 6,000-plus hospitals across the country, the thousands of dollars that people pay for medications, both at the pharmacy and over-the-counter, and the tech companies working tirelessly to cut costs in wasted fees…

It's easy to see how the medical sector is backed by trillions of dollars – and how it's ripe with opportunities for investors like us. 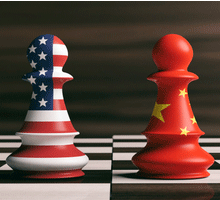 Speaking of which, my least favorite trend – War, Terrorism, & Ugliness – seems to be growing. Much to my dismay, it remains as pertinent as ever, both personally and professionally.

Whether you're considering the ongoing trade tensions with China or the now deteriorating situation in the Middle East, we'll certainly not be seeing a shortage of geopolitical turmoil anytime soon.

In fact, we'll likely be seeing even more money flowing into the defense sector as we close in on election season.

Like healthcare, the defense sector will benefit enormously from increased government spending and guaranteed contracts as governments gear up to defend against new and emerging threats. As the struggle against ISIS continues and efforts to prevent a nuclear Iran heat up, defense companies like Raytheon Co. (NYSE: RTN) will flourish.

I wish this weren't the reality we live in. But since it is, I say we take full advantage of the trillions in capital that is on the move to prepare our portfolios and our profits accordingly. 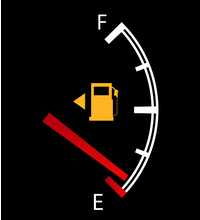 Mention Scarcity/Allocation, and most investors immediately default to energy. I can't blame them, given the long gas lines of the 1970s, the politically elusive concept of energy independence, and the concept of Peak Oil – all of which have been driven into our consciousness over the past 40 years.

Yet, Scarcity/Allocation is a trend that's powered not just by the lack of precious commodities, but also by the allocation of resources including money itself. Consequently, it's a perfect way to play central bank meddling.

It's also front and center when it comes to global resources being more strained than ever before.

The World Bank, for example, estimates that every year, 24 billion tons of fertile soil are lost due to land erosion, while 12 million hectares (29.6 million acres) of fertile land are lost due to drought. This pattern will make companies like CNH Industrial NV (NYSE: CNHI) that deal in agriculture and improved farming methods more in-demand and even more prosperous than they are already.

But back to the money for a second.

People don't think this way, but money is a resource, too. That's why exchange-traded funds like the Proshares UltraShort Yen (NYSEArca: YCS) have such potential.

Of course, no discussion on the trends would be complete without a reference to Technology.

Unfortunately, most investors don't understand how to play it. They think they do, but what most folks are missing is the distinction between obviation and extinction.

Apple Inc. (NASDAQ: AAPL) is clearly a frontrunner, and I would be remiss not to mention it. We're talking about its potential all the time – its turn away from devices and into services, its foray into medical technology, its ties to Big Data… the company is changing the world.

Or Amazon.com Inc. (NASDAQ: AMZN) – the e-commerce giant has exploded to be so much more than a way to shop online. The company offers streaming services, food delivery, its own cloud storage network, electronics like the Kindle, the Fire TV Stick, the Fire Phone, and the voice-enabled smart speaker dubbed "Echo"… as well as selling everything under the sun. From jeans to textbooks to furniture, the online retailer is constantly evolving and following the flow to give consumers what they demand.

Microsoft Corp. (NASDAQ: MSFT), meanwhile, is leading the way as a pioneer of cloud technology, investing billions of dollars in the cloud computing field as it transforms from being a software-only company to one that hopes to command the emerging cloud-and-mobile future. Earlier this week, Microsoft announced the general availability of its new virtual machine instances for Azure, its cloud-based network. The company also just surpassed Amazon as the leader of the cloud technology race that both tech giants have been fighting to dominate.

I love these companies, but I am absolutely watching the score of tiny companies moving into the sector with baited breath… companies that could skyrocket and become "the next Amazon"…

Of course, the next Amazon could be… Amazon.

My job is to help you get your share, no matter what the company is – whether it's Apple, Amazon, or something much smaller. I've got an eye on the broader markets, not just a few stocks.

In fact, I've developed a special two-step process that has helped me find over 400 double- and triple-digit winners for my readers.

It's easy and repeatable, and the results speak for themselves.

To make sure you don't miss the next big winner, click here to learn more.