REITs have been Wall Street's best-kept secret for decades. They're one of the most powerful investments trading today, trouncing the S&P 500 in total returns for almost 50 years.

Simply put, REITs aren't just for income investors. They're for anyone who wants to boost their moneymaking potential over the long term.

Our top three picks for growth and income in 2020 will help you do it. 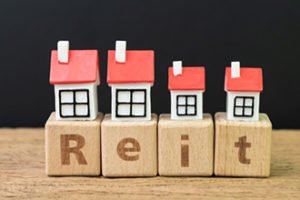 The U.S. office market has performed well since the credit crisis. Commercial real estate has rebounded. Vacancy rates are at their lowest level since 2007, and rents are rising again.

Equity Commonwealth (NYSE: EQC) has been selling off its portfolio for years and is holding mostly cash on its balance sheet. Activist investors forced out former management in 2014. The board was replaced with legendary real estate investor Sam Zell and his team.

Since taking over, Equity Commonwealth has sold 161 assets for $6.9 billion. It's used the cash to buy back stock and pay off debt. It's also paid several special dividends to shareholders, including a $3.50 dividend in 2019.

Zell made his fortune snapping up bargains in weak markets and economic recessions, then selling them when the boom times returned. Right now, he's sitting on $2.8 billion, which can be used to buy as much as $10 billion in income-producing office properties the next time he finds assets at bargain prices.

Equity Commonwealth still owns nine properties in key markets around the country, including Boston, Austin, Denver, and Washington, D.C. They produce about $100 million in cash each year – that means even more money that can be put toward aggressive buying when Zell decides to make his move.

The perfect opportunity could arise if WeWork goes bankrupt, as many believe might happen in 2020. WeWork owns a lot of office property concentrated in major cities around the U.S. If all those buildings coming up for sale at once, it could pressure pricing to the point where Equity Commonwealth decides to pounce.

When that happens, the cash flows for the acquired properties will be enormous, EQC will start paying a dividend… and its price will skyrocket.

Insiders own 1.9 million shares of Equity Commonwealth and have millions of dollars' worth of potential equity grants to be awarded based on performance. For them to make a lot of money, they have to make shareholders a lot of money.

If Equity Management can't find bargain properties in a reasonable amount of time, management has said in SEC filings that they would consider selling the remaining properties and return all cash to shareholders. According to back-of-the-envelope calculations, that would produce double-digit gains for investors.

Casino REITs, only around since 2015, have already proven to be great investments that throw off huge amounts of cash.

REIT-owned casinos are usually leased for 15 years, with five-year renewal periods. The leases have regular rent-escalation clauses, so cash flow increases every year. If a tenant defaults, the license stays with the property owned by the REIT, giving tenants a big reason to renew.

The leases are usually "triple-net," meaning the tenant, not the owner, is responsible for operating expenses, insurance, and property taxes.

The rent is all cash flow for a gaming REIT and its investors. Plus, a portion of every dollar lost by guests at the tables and wheels ends up in the pockets of casino REIT investors.

MGM Growth Properties LLC (NYSE: MGP) was formed back in 2016 to take ownership of some of MGM Grand's casino properties.

Since the spinoff, MGM Growth has completed over $4 billion in acquisitions, purchasing several regional casino operations. It plans to acquire even more when it finds deals at attractive prices.

MGM Growth owns 11 premier destination resorts across the United States, in addition to MGM Northfield Park in Northfield, Ohio, and a retail and entertainment district, The Park, in Las Vegas, Nevada.

MGM Growth Properties continues to provide investors with steady cash flow in a low-rate environment. Shares currently yield 5.7%, and the dividend has increased eight times since the 2016 IPO.

Opportunities from its relationship with MGM Grand and the continued legalization of gambling across the U.S. should push shares to several times their current price over the next few years.

Multifamily REITs have done well over the past several years, and demographic forces will keep them doing well for a long time to come.

Homeownership in the United States is at historic lows and shows no signs of changing. The credit crisis created a new rental class that has little to no desire to own a home.

Even those millennials who want to buy a home are having a tough time. The U.S. isn't building enough single-family housing. That's made prices unaffordable, especially at the entry level.

People want to live somewhere nice but not be "house poor." The answer? Rent an apartment in an upscale complex with lots of amenities.

Bluerock Residential Growth REIT (NYSE: BRG) has executed a strategy that lands it squarely in that highly desired tier of the apartment marketplace. It builds properties with lots of amenities in towns and cities where people want to live.

It limits operations to cities and towns that meet its definition of "knowledge economy" growth markets. They have industries like tech, financial services, medical technology, and biotech that attract well-educated, well-paid workforces.

As a result, its communities tend to be in markets with above-average employment and income growth.

Bluerock takes an aggressive approach to upgrading its portfolio of properties. It's already completed 1,939 value-add renovations that have earned a 26% ROI on dollars spent.

Over 4,300 additional units have been identified for upgrading, with similar returns expected. The upgrades could add as much as $3.25 to $4.60 per share to Bluerock's net asset value.

On properties purchased, operated, and sold when the opportunity presented itself, Bluerock has earned an ROI of 33% annually. On average, it's sold these complexes for 1.8 times the original price.

Bluerock Residential Growth shares are trading at about 75% of the estimated net asset value of its properties. Together with a 5.6% yield, the total return potential for this REIT is over 35% for 2020.

With the strong demographics of Bluerock's market and its "buy, fix, sell" approach to multifamily properties, BRG stock should be worth several times its current price over the long term.