Capture a Life-Changing Fortune from the Most Profitable Opportunity of 2018: In 2017, the North American market for legal weed was just over $9 billion. But this year, with recreational weed legal in California and about to become legal in Canada — along with additional states in the U.S — the legal marijuana industry is set to explode. Click here to learn more now.

The last month of action in Canadian cannabis stocks has many investors wondering:

"Have I missed the boat?"

With gains like that, it's natural to ask if the boat has sailed, at least for the foreseeable future. And in some cases, it's true that some of these companies have a lot of work to do to justify their new valuations.

Fortunately, investors, even if they missed this rally, have incredible upside to look forward to in the cannabis sector.

These gains of the past few weeks and months are just the beginning. That's true not only for the big Canadian stocks that have taken off, but for other Canadian cannabis stocks – and even more so for their American counterparts.

Let's put this into context: With the exception of Tilray, which only listed in July 2018, Canadian cannabis stocks had actually been under pressure earlier this year.

The recent rally more than erased the losses. But when you consider even the biggest companies on a year-to-date basis (rather than just since August), the gains fall into perspective.

With the S&P 500 up just 7.6% for the year, those are still good gains. The market has barely begun to digest the profit catalyst due to trigger on Oct. 17 – Canada's nationwide "adult use" recreational cannabis law.

Not only that, but investors have yet to realize the benefit of these companies' European exposure. There's very real potential for medical and, eventually, recreational cannabis there – and in Australia, South America, and Africa.

So the question isn't, "Have I missed the boat?" but rather, "When does this boat really get going?"

Remember – most Canadian cannabis stocks didn't appreciate nearly as much as the largest ones I just mentioned. Those gains, good as they are, are a just a blip on the radar.

What these other companies really are is a new investment opportunity.

This environment is ripe for rapid consolidation; these "big fish" will be going shopping – and quickly. 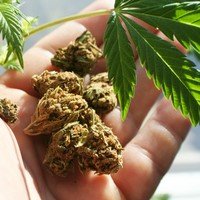 Marijuana stocks surged up to rare 12,400% gains in the last election year. But this veteran analyst has unveiled 16 reasons why cannabis stocks could make investors incredibly rich in the election year of 2018. And he's revealing FOUR cannabis stocks that could be destined to post the greatest profits. Learn more here…

These companies will likely acquire several small- and mid-sized Canadian cannabis companies that would otherwise be fighting for sales niches in the Canadian market.

Aurora, for its part, already has pieces of several companies. I expect Aurora to roll them up sooner rather than later.

And again, this is just the Canadian pot stocks running ahead of total nationwide legalization.

The profit potential south of the border, here at home, could easily dwarf anything we'll see in Canada…

American cannabis stocks, more so than Canadian companies, are just getting underway.

Many, particularly ones that trade on a Canadian exchange, have rallied since the Constellation/Canopy announcement.

Get real-time marijuana industry news sent directly to your inbox.

But those gains have been nowhere near the magnitude of the big Canadian companies.

If that sounds underwhelming, it isn't; the U.S. market will be eight to 10 times the size of Canada's market – one Deloitte estimate could see more than $7 billion in sales "post-legalization" in 2019.

Nine states plus Washington, D.C., have legalized marijuana for recreational use, provided the user is an adult over 21. Medical cannabis is legal in 31 states, Guam, Puerto Rico, and the District of Columbia.

Even so, the real excitement for U.S. cannabis stocks is yet to come. Legalization efforts move through legislatures and referenda throughout the year. In fact, several pro-cannabis referenda are in front of voters this Election Day in November.

These things will move the needle. And as I mentioned earlier, some U.S. government agencies are already doing more to help the cannabis industry – albeit quietly.

So, stop worrying; cannabis stocks' biggest gains are still ahead of us.

The Legal Cannabis Industry Is Beginning to Blossom

If you've ever considered the legal cannabis market, the time to strike is now, while things are hot.

Because this earthshattering industry is gracefully reaching its limbs across the North American market, and before you know it – the entire planet could begin to douse itself in this fruitful opportunity of a lifetime.

So if you want to learn how to get in on the ground floor of this, time is of the essence. More on this story here.