If you want to become a high-tech millionaire, sometimes all you have to do is check your e-mail.

Let me explain. In just four days, I received two emails purporting to help me with e-commerce issues.

Good thing I didn't open them. Each one was a "phishing expedition." 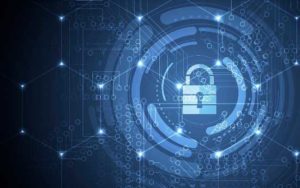 That's the term we use when you get an e-mail that looks legit but actually is an attempt to steal your financial data or launch an attack on your computer.

Now, this was no isolated incident. Odds are, you have a couple phishing attempts in your inbox right now. It's a worldwide threat.

Here's just how big the problem has become.

My wife is in charge of the computer network in Lafayette. It's a suburb of San Francisco where NFL Hall of Famer Joe Montana once lived and which is currently home to SNL alum Will Forte. She has trained the staff to be vigilant.

But to get a handle on the extent of the threat, she did a little stealth phishing of her office. It was a test to see how vulnerable the city really is.

To her shock, she found the city had a 40% failure rate.

In other words, two out of every five staff members either clicked on a bogus link or opened an attachment in the e-mail. Either mechanism could spell disaster, resulting in a data breach, malware, spyware, or a computer virus.

If you want to get a sense of the threat the business community faces nationwide, just multiply these examples by more than 1,000-fold.

Yes, it's that big of a problem. But don't take my word for it.

Data compiled by the FBI show there were 78,617 reported cases of e-mail fraud between October 2013 and May 2018, the last period where full data is available. The direct losses, those that could actually be measured, came to more than $12.5 billion.

And since the ease and low cost of sending out reams of phishing emails isn't going to end anytime soon, protecting clients from these attacks is a very lucrative market for a savvy cyber security firm.

The Performance Is the Proof

In fact, it's exactly the type of stock I have in mind when I say "The road to wealth is paved with tech."

Launching in 2002, Proofpoint was a pioneer in e-mail security. With the advent of cloud computing, it has since expanded the business into other fields.

But anti-phishing remains a core part of the franchise. And that's where the profits come in…

Indeed, if you look at the stock from just seven years after its 2012 IPO, it's amazing just how much value it has gained since then.

Looking forward, it's still not too late to get in on all the action…

Keeping Up with Cybercrime

Founder Eric Hahn is the former chief technology officer of early web leader Netscape, a firm that really pushed the field of browsers. Even back then, Hahn saw that the Internet could eventually cause major headaches, including hacks and cyber theft.

So, he decided to get ahead of the curve and launched Proofpoint back in 2002. At first, the company focused on e-mail threats with its Proofpoint Protection Server.

As a growth investor, I'm happy to report that the firm has, in recent years, been steadily branching out to cover so much more. Doing so has greatly increased its addressable market.

Today, e-mail protection is an important legacy business worth a juicy $2 billion. But it's just one part of the firm's expanding revenue base.

The Profit Is the Point

More from Michael: Nowhere Else on Earth Can You Turn a Stake This Small into $10 Million

Consider that more than half of all Fortune 1000 firms use one or several of Proofpoint's software tools. And Proofpoint also has deals in place with the nation's top five banks, seven of the top 10 global retailers, and 14 of the top 15 research universities.

I believe this market crusher could double again from here. Not just once, mind you, but twice – and in three years.

Here's why I say that. Over the past three years, the company has grown its earnings per share by an amazing 88%.

But I prefer to under-promise and over-deliver. So, to be more conservative, let's cut that profit track record in half and project from there.

And remember, stock prices tend to track earnings gains, giving us a great way to forecast our profits.

If Proofpoint grows its earnings by 44% a year, it would double again in a little more than 18 months. That would bring our total cash haul to $636,700.

And another 18 months out, or three years from here, that figure is on track to double again to $1.27 million.

As you can see, just this one stock alone could very well make you a bona fide high-tech millionaire.

But it's not the only one I'd like to share with you. As the Defense and Tech Specialist for Money Morning, I scour the globe looking for the best technology investment opportunities with the kind of potential normally only available to the connected venture capitalists and millionaires…

And my track record speaks for itself. My readers have recently seen gains as high as 100.1% and 111% in just a matter of months. And I have even bigger projections for my latest opportunities.