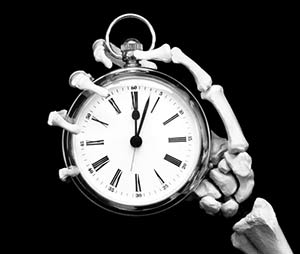 Here are three stocks on death watch in October 2016...

But this embattled company has been all over the news this year for a big scandal allegation. And what was once Wall Street's hottest pharma stock now looks like one on the verge of collapse...

Whether or not Valeant makes it through this scandal -- which is being compared to the likes of former energy giant Enron -- the company's high debt load and terrible business model still put it on death watch for this year.

But DB's real coup de grâce is its poorly managed $60 trillion in derivatives contracts. Yes, you read that correctly... $60 trillion.

Continue reading to find out the third stock on our death watch list. This phone maker has been in trouble for a while, but a recent announcement from the company's CEO just ensured its destruction...