The "Retail Ice Age" isn't just a problem for Wal-Mart and Sears. The rise of e-commerce could spell doom for the companies whose sales largely come from brick-and-mortar retailers... 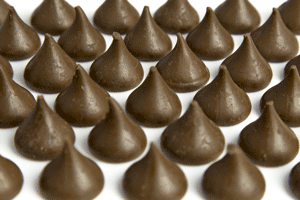 But here's the problem...

Fortunately for Hershey - and its investors - the 123-year-old chocolatier is embracing the change.

Indeed, the beloved chocolatier had strong performance throughout 2016 - and is expected to carry that over into this year. Full-year net sales are expected to increase 2% to 3% this year, according to Nasdaq.

While the retail apocalypse is eating up retailers, pharmacies, and even grocery stores, it's important for investors to know which industries - and which companies - are still thriving.

Bill has long been following Boeing Co. (NYSE: BA). In fact, he first recommended it to his readers in September 2011 - and those who bought in have seen shares rise over 252%.

And those who didn't - or who rushed to sell when Boeing took a dip - lost out.

Recent changes in leadership and lower than average U.S. industry sales have caused the stock to see a dip recently - making it all the more profitable for investors who get in now.

Check out the video below for Bill's complete Ford prediction - including how to play this stock now for maximum profits:

Handpicked for You: This investing strategy has delivered 217 double- and triple-digit peak-gain winners since 2011. And you can get access for just pennies a day. Learn more...