Yesterday, China vowed to fulfill its duties as part of the United Nations' latest effort to curb North Korea's nuclear intentions... but we're not convinced. 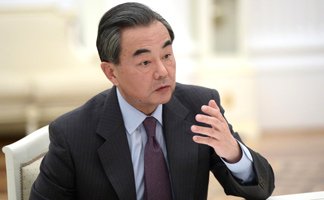 Specifically, the latest batch of North Korea sanctions will bar North Korean exports of several key commodities - including lead, lead ore, iron, iron ore, coal, and seafood. These restrictions, in turn, will deny the country an estimated $1 billion in exports annually - equivalent to about one-third of its total trade with the outside world per year.

All of China's statements about sanctions on North Korea - its hardship claims, its promises - should be taken with a grain of salt.

It certainly hasn't before...

Beijing, however, didn't go too far out of its way to follow through on these restrictions against North Korea...

Three years later, in 2009, Pyongyang managed to test another nuclear device - to which the UN responded again by imposing similar sanctions.

Examples of this "renewed vigilance" weren't given, but there soon came reason to believe that China was not just "lax about applying sanctions" on North Korea anymore; rather, it was fine with flat-out breaking them...

This is where the United States, under former President Barack Obama's administration, could have stepped up restrictions again - but this time on China.

Because the pattern kept repeating itself...

In fact, defense analysts say now, more than ever, it's time to hold China up to the fire...

Money Morning's Executive Editor Bill Patalon, who's been following developments in the "Asian arms race" for three decades, explained Ruggiero's option as one of six that America currently has against China to his Private Briefing subscribers in mid-July...

"Beijing's efforts to position itself as the 'global adult' during the Trump era will ultimately be exposed as a sham - because it's backing the unbackable in North Korea," Bill wrote.

While they're risky moves, they just may be harsh enough to finally work. And should China respond to such restrictions militarily, Bill says the United States has a defense safety net in place...

The THAAD and GMD defense systems, specifically - they're stationed strategically all over the world for our protection.

There are more profit opportunities with this small $6 U.S. defense firm working on a new top-secret technology to stop a Chinese sneak attack dead in its tracks...