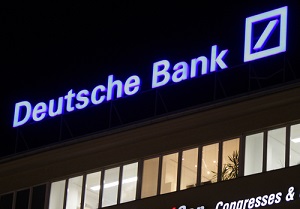 "Central banks around the world are continuing to promote excessive stimulus - just like they did before the Great Depression."

DB's collapse could take the rest of Europe - and even the global economy - with it.

And the result would look eerily similar to the Great Depression, according to Deutsche Bank's chief economist...