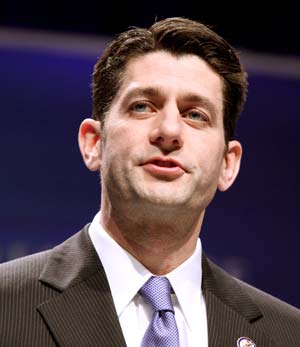 The Dow Jones futures are down 152 points ahead of the opening bell as investors try to make sense of last week's decision by Republicans not to hold a vote to replace Obamacare. Investors are hoping Trump's team is able to transition quickly to other policy priorities; however, there are distinct risks to this speculation.

On Friday, the Dow fell nearly 60 points after Speaker of the House Paul Ryan informed President Trump that Republicans did not have the necessary votes to repeal and replace the Affordable Care Act. Ryan pulled the bill out of the House.

The decision to pull the vote has raised doubts about Trump's ability to get his other policy priorities completed in the months ahead. Trump still wants to pass tax reform, deregulatory policies and a $1 trillion infrastructure program to bolster U.S. economic growth.

The Dow Jones Industrial Average is projecting a 20,428 open as investors weighed the stability of the the U.S. economy after Friday's failure to vote on healthcare. It was just a few weeks ago that the Dow sat at record levels, and the Trump administration was bragging about it. Now, markets are worried that the honeymoon is over.

Friday's defeat of healthcare reform could have a profound impact on President Trump's other pressing priorities. Trump's team wants to engage in corporate tax reform by August. However, economists anticipate that a lack of healthcare reform - and the expected fiscal savings that would accompany it - would make it harder for President Trump to fulfil his campaign promise to reduce the U.S. corporate tax rate down to the 15% he promised on the campaign trail.

In addition, investors are having doubts about the timing of a potential infrastructure program to "rebuild America." Steel stocks were hit the hardest due to increased pessimism. Shares of AK Steel Corp. (NYSE: AKS) and United States Steel Corp. (NYSE: X) were both off roughly 4%.

This Classic American Stock Is Our Top Pick in 2017

Energy stocks are in focus after the Trump administration announced it had approved permitting for the Keystone XL pipeline. The $8 million project had been held up for eight years by the Obama administration, which argued that the environmental consequences of the project outweighed the economic benefits.

Trending Now: There Are Big Changes and Big Profits Coming to the Oil Sector This Year

But the big news is the ongoing speculation over interest rates.

Money Morning breaks down a number of historical patterns and keeps investors in the know on the risks and opportunities on the horizon. Here's what you need to know...