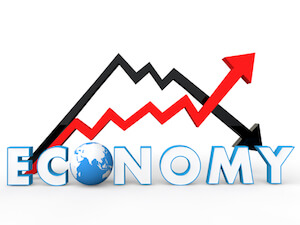 Futures for the Dow Jones Industrial Average for today (Tuesday) forecast a five-point gain ahead of a very busy day of earnings reports and the U.S. Federal Reserve's first meeting of the year. In addition, oil prices pushed above $30 per barrel on hopes that OPEC and non-OPEC members could reach an agreement to reduce the global glut in crude supply.

On Monday, the Dow fell 208 points as oil prices continued to weigh on the global economy and earnings reports left traders with a mixed feeling about corporate profitability. On the economic front, business activity in Texas continues to worsen. The general business activity index from the Dallas Federal Reserve for January hit a six-year low with an official reading far below economists' expectations. A slowdown in industrial production complemented an already worsening situation in the energy sector, a core driver of growth in the Fed district.