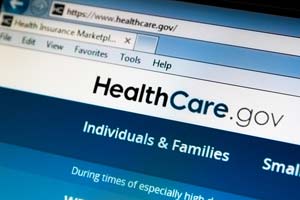 Global markets were also in the red as investors worry the Trump rally could be coming to an end.

Despite the downturn, volatility remained mute. The CBOE Volatility Index (VIX) - commonly referred to as the markets' fear gauge - was slightly down on the day.

The news hammered banking stocks. Shares of Goldman Sachs Group Inc. (NYSE: GS) fell more than 1% and were a large drag on the Dow Jones. Meanwhile, shares of JPMorgan Chase & Co. (NYSE: JPM) and Bank of America Corp. (NYSE: BAC) were both down on the day.

In addition, investors are having doubts about the timing of a potential infrastructure program to "rebuild America." Steel stocks were hit the hardest due to increased pessimism. Shares of AK Steel Corp. (NYSE: AKS) were slightly down, and shares of United States Steel Corp. (NYSE: X) dropped 1.62%.

Gold prices hit a one-month high thanks to a downturn in the dollar and a shift by investors from equities to safety. The U.S. dollar hit its lowest level since November and set off alarms over the stability of the U.S. economic recovery.

Investors will continue to listen to statements from members of the U.S. Federal Reserve this week in order to find clues about the timing of the next interest rate hike. Chicago Federal Reserve President Charles Evans and Dallas Fed Bank President Robert Kaplan spoke this afternoon. But markets seemed more interested in the statements planned by Fed Chair Janet Yellen at a conference tomorrow.

Oil prices were falling again as markets grow increasingly concerned that OPEC may not extend its deal to cap excessive production. The rumors come at a time that markets are deeply concerned about rising U.S. production levels and increased inventories.

But the big story no one talked about in the mainstream press was the Saudi Aramco IPO.

If you're following the Saudi Aramco IPO, you know that this will be the largest IPO of all time and that the Saudi state-owned energy giant will immediately become the largest publicly traded company by market capitalization overnight. Some are expecting the market cap to surpass $2 trillion.

Which stock exchange will receive the rights to bring this massive firm public, the New York Stock Exchange (NYSE) or the Nasdaq? We answer that question (and more), right here.