The Dow Jones news today will focus on the conclusion of the June FOMC meeting as the Fed is expected to announce an interest rate hike. Today's rate hike would be the third in seven months, and Dow Jones futures are up 33 points ahead of the bell. 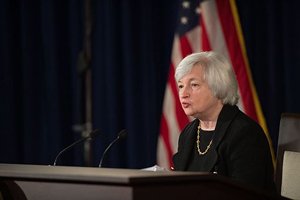 These Are the Banks Stocks to Watch Right Now