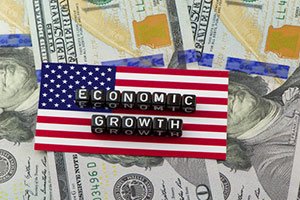 In Dow Jones news today, the Dow climbed 69 points after a positive round of economic data and earnings reports pushed banking stocks higher.