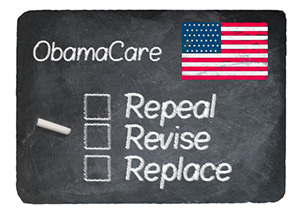 Speaker of the House of Representatives Paul Ryan informed President Donald Trump that Republicans did not have the necessary votes to repeal and replace the Affordable Care Act.

The House has pulled the bill from a vote, according to various reports.

Fears of a stock market sell-off have been growing over the healthcare battle on Capitol Hill.

Must Read: An incredibly rare gold anomaly is shaping up in the markets as we speak -- one that has occurred ONLY twice in the past 20 years. Details here...

Surprisingly, it wasn't the Democrats who appear to have done in the replacement bill. Instead, the bulk of opposition came from within the Republican camp and from outside influencers like the Koch Brothers.

Oil prices pushed higher Friday despite rising concerns about an increase in U.S. production. Rising domestic inventories had pushed crude to roughly four-month lows in previous sessions. Some optimism arose on word that Saudi Arabia had cut exports to the United States. That news was offset by word that the number of U.S. rigs in operation increased for the 10th consecutive week.

According to Baker Hughes Inc. (NYSE: BHI), the number of rigs in operation increased last week by 21 to reach 652. That is a much higher figure than the 372 in operation at this time in 2016.

But the other big story today is the approval of the Keystone XL pipeline.

This morning, the Trump administration issued a permit that will allow for the construction of the pipeline almost a decade after it was introduced. The announcement came on the same day that North Dakota reported a pipeline spill was three times larger than previously estimated.

Shares of TransCanada Corp. (NYSE: TRP) - the owner and operator of the Keystone pipeline - rallied as much as 7% but fell in the afternoon after it emerged that other obstacles still face the project. Here's more on the announcement and the other stocks driving today's news.