The Dow Jones news today features the collapse of the Republicans' last-ditch effort to repeal Obamacare, as Sen. John McCain voted against the measure in the early morning hours. Dow Jones futures are down 31 points this morning as tech stocks continue to slide. A disappointing earnings report Amazon.com Inc. (Nasdaq: AMZN) will highlight the tech slump today. 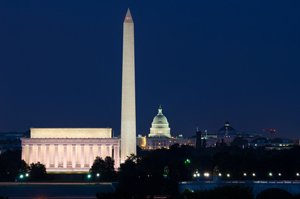