The Dow Jones news today features the final preparations ahead of the G20 meeting this week and rising tensions on the Korean Peninsula. Dow Jones futures are down 58 points ahead of trading today. 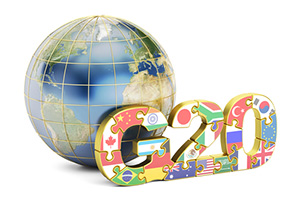