The Dow Jones news today will focus on Washington, as Republicans struggle to repeal Obamacare and a new meeting between President Trump and Vladimir Putin was revealed. Dow Jones futures are up eight points after an early round of earnings reports from American Express Co. (NYSE: AXP), Morgan Stanley (NYSE: MS), and T-Mobile U.S. Inc. (NYSE: TMUS). 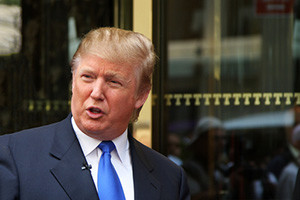