The Dow Jones news today features stocks rising again as markets eye another round of earnings reports and economic data. Also, President Donald Trump is ratcheting up rhetoric against German trade and markets are weighing surprising polling data from the upcoming British election. 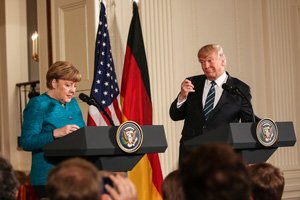 Here's Why Ford Is Our Top Stock