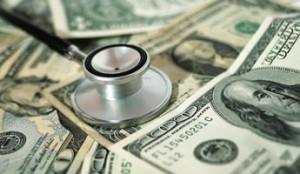 The Dow Jones news today features stocks rising in pre-market hours as investors prepare for what could be a volatile day in the markets. All eyes are in Washington, where Republicans will attempt to finally repeal and replace the Affordable Care Act. Some are predicting that a "Trump dump" or "Trump tantrum" could hit the markets should the healthcare replacement bill fail to pass. Such negative sentiment set off a sharp downturn in the markets earlier this week.

A loss today by Republicans would also empower President Donald Trump's critics and help them align against other policy priorities in the year ahead. In fact, a number of his wealthier opponents - including George Soros -- are in the planning stages of a leftist "Tea Party" movement to challenge the Trump presidency.

How Stocks Will React to the Healthcare Vote

On Wednesday, the markets were flat as investors took a wait-and-see approach to Thursday's vote on to repeal and replace the Affordable Care Act. Despite a terrorist attack in London and renewed threats from North Korea, the markets held their ground.

Don't Miss: Under the watchful eye of Congress, the government will soon be implementing a controversial plan that threatens the retirement of millions of Americans...

The Dow Jones futures projected a 12-point gain ahead of a critical vote in Congress on the future of the Affordable Care Act. Republicans will be leading the charge on a new healthcare law that would repeal and replace Obamacare. However, failure to pass the law would cast doubt on important policy expectations that have been driving the U.S. markets in recent months. A defeat of the bill could impact corporate tax reform, deregulatory efforts, and a $1 trillion infrastructure bill, all of which are expected to provide growth to the economy and help propel the stock markets.

Crude oil prices were making small gains a day after the commodity fell to its lowest level since November 2016. The downturn came after the Energy Information Administration reported another large gain in U.S. crude stocks. Rising U.S. production and inventory levels have offset optimism about the progress of a deal among OPEC and 11 other non-member nations to cap excessive production. The WTI crude oil price today fell 0.12%. Brent crude fell 0.3%.

Markets are always paying attention to the Fed chair's statements, but this one is especially important given the direction the central bank has taken with monetary policy in the last week. The Fed just hiked interest rates for the second time in three months. But while several key members have signaled that the central bank wants to increase rates again, Yellen took a more dovish approach during the March FOMC meeting.

The Fed has now altered its stance and doesn't appear to have a true time table for any additional efforts to tighten monetary policy. Could there be a reason for such indecision?

Money Morning Options  Trading Specialist Tom Gentile has a prediction. And you can make a lot of money by playing the one industry that could implode if we see another rate hike of 0.25%.

Tom shows you how, right here.

Act Now: The Best Stocks to Buy (and When to Sell) for Mega-Profits in 2017