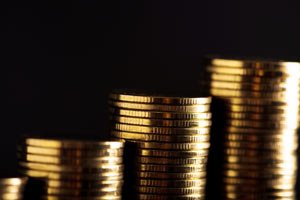 But the gold mining sector is an even more lucrative place to invest your money. As gold prices rise, companies that mine for the metal will have bigger profit margins on each ounce sold. That will provide a generous boost to their stock prices.

Today, we're going to break down why gold prices will rise in 2017. Then, we'll provide one of the best gold stocks to buy in the mining sector.

Here are two factors that will boost the gold price this year...

2 Factors Fueling the Rally in Gold Prices in 2017

The first factor is gold's increasing attractiveness as a safe-haven investment.

You see, a safe haven is a type of investment whose value increases or stays the same when the broader stock market becomes volatile. For example, if the S&P 500 drops more than 1% in a single day, investors who own a safe haven like gold can hedge against those big losses.

Must See: A door has opened for an ultra-rare but powerful anomaly in the stock market... It involves a precious metal, one that's considered exceedingly more rare than gold. Get all the details...

Volatility could be right around the corner now that we're at the end of a very long bull market. Investors enjoyed a record rally since the election, with the Dow Jones soaring to an all-time high of 21,000 on March 1. But since then, the index is down 1.7%. It even posted eight straight days of losses from March 16 to March 27 - the longest losing streak since 2011.

And what do investors do if a bubble burst may be on the horizon? They find a safe haven like gold that either maintains its value or increases in value when the stock market drops.

And investors have been pouring money into gold investments recently. Data from January shows the 10 biggest gold ETFs saw inflows of $1.6 million. That's just in one month.

More people moving into gold investments indicates long-term bullish sentiment in the gold market. That means the price of gold is poised to rally this year.

The second catalyst behind gold prices in 2017 is inflation, which currently sits at a five-year high of 2.7%.

Inflation is one of the reasons why the Fed raised interest rates on March 15. Since rising inflation lowers the purchasing power of the dollar and hurts the economy, it's the Federal Reserve's job to fight inflation by raising interest rates.

When the health of the economy is jeopardized by inflation, investors often think volatility is on the horizon. That urges them to buy gold and gold stocks.

While physical gold is a good long-term investment, it's not as liquid as gold stocks, meaning owning physical gold won't produce profits right away. Gold bullion can also be difficult to store and maintain over time.

That's why we think gold mining stocks are a better investment. These companies' profits will grow as the price of gold increases this year.

Here's the best gold mining stock to buy this year, which could soar as much as 91.9% in the next 12 months...