The Dow Jones today is starting the day flat after U.S. President Donald Trump shocked Washington by making a surprise deal with Congressional Democrats on raising the debt ceiling. Dow Jones futures are down five points in premarket hours as Trump's economic agenda is now in question and Florida braces for Hurricane Irma. 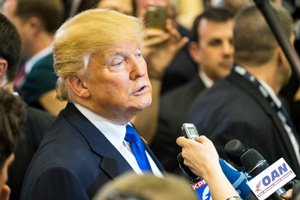