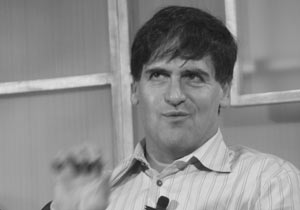 That's when Trump, at an Alabama rally for Republican Sen. Luther Strange, said players who kneel or sit for the national anthem should be fired.

A growing number of NFL players, most prominently former San Francisco 49ers quarterback Colin Kaepernick, have knelt to shed light on the treatment of African Americans in the United States.

The president then pressed the argument all weekend. 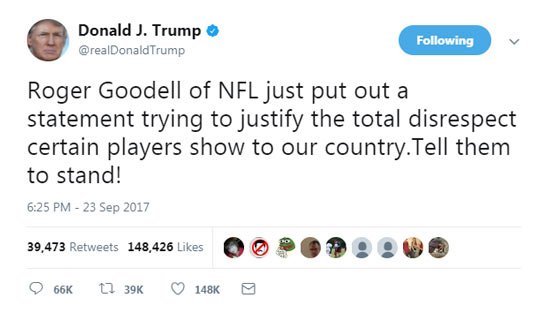 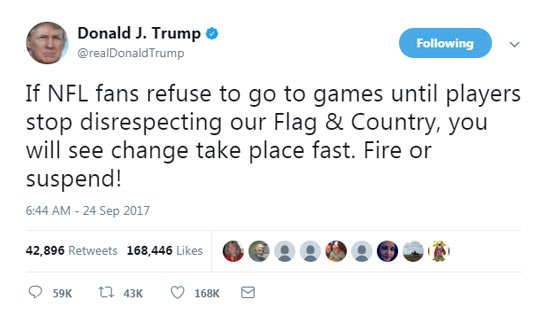 Then, on Sunday morning, Mark Cuban jumped into the fight, but he didn't argue for or against protesting during the National Anthem. Instead, he brought another controversy – political campaign donations – into the ring with him… 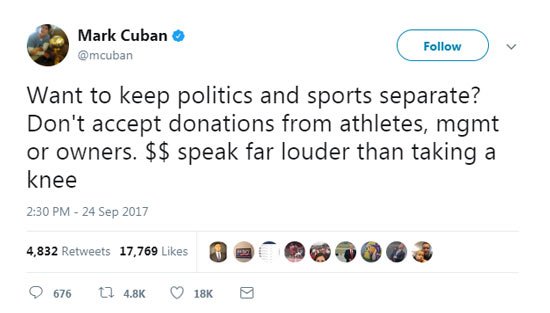 The multibillionaire seemed to be hinting at Trump's financial ties to the NFL world.

It is true that Trump's presidential campaign got a nice financial boost from NFL bigwigs last year. Here are a few major donors, according to Sports Illustrated on April 17:

In light of this information, Cuban seems to be arguing that Trump's acceptance of "football money" during the campaign nullifies his criticisms of the NFL now. Whether or not that's a sound argument to make is left to interested parties' discretion.

The markets, however, will be siding with the president. Here's how we know…