Specifically, he said that a cut in the U.S. corporate tax rate would have little to no effect on his investment decisions. In other words, he's not confident that Trump's tax cuts will change much.

We'll show you how the pending tax reform will really impact the markets in a moment. 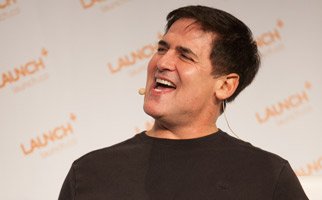 Cuban said that the Trump administration's proposed corporate tax rate reduction – which would see the rate drop from its current 35% down to 20% – would have zero impact on venture capitalists' or investors' decisions on funding small businesses, because competition, not taxes, is the ultimate driver of the economy…

"Competition drives what I do in my businesses a whole lot more than tax rates," Cuban told a Reuters Newsmaker forum entitled "The Trump Budget Debate" last night.

"Amazon is going to affect a whole lot more companies and futures, as will Microsoft and Facebook and Google and other big companies, a lot more than a marginal tax rate," the "Shark Tank" star added.

On Sept. 27, for example, Keith made his stance clear to viewers of CNBC's "Street Signs":

Unlike Cuban, however, Keith isn't blindly pushing ahead without monitoring how the markets are reacting to tax reform. Here's his insight on what to expect in the coming months…

i READ KEITH ALL THE TIME, TRICKLE DOWN TAX CUTS ARE A FRAUD, JUST THE OPPOSITE WILL BE THE RESULT, MIDDLE CLASS TAXPAYER WILL STOP SPENDING WHEN THEY FIND OUT HOW THIS TAX FOR THE RICH , HITS THEIR POCKET BOOK, AND RAISES THEIR COST OF LIVING. OPEN YOUR EYES TO MIDDLE CLASS REALITY AND THE REPUBLICAN ORANGEHEAD PERPERTRATED A RECESSION