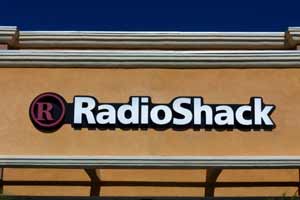 RadioShack is expected to yet again file for Chapter 11 bankruptcy protection, which could happen as soon as today. It first filed back on Feb. 5, 2015, when it opted to sell roughly 2,400 of its U.S. stores to Standard General hedge fund affiliate General Wireless.

Now General Wireless is RadioShack's parent company. And in typical parental fashion, it has high hopes for its troubled little offspring.

In fact, General Wireless believes a smaller group of still-profiting RadioShack shops can "survive in the long term" if it files a second bankruptcy, reported The Wall Street Journal this morning (March 7).

But what General Wireless appears to be disregarding still are the causes responsible for RadioShack's first bankruptcy filing two years ago...

RadioShack Is Repeating Its Mistakes

A new, clear strategic management plan has yet to be released by RadioShack's parent company.

The same problem -- lack of a clear plan to adapt to the times -- is what led RadioShack into bankruptcy the first time around.

"[RadioShack management] focused on changing the company logo several times, for example," Forbes reported back on Feb. 5, 2015, "rather than addressing changing consumer demands -- and building the scale and scope to keep up with larger retailers and manufacturers."

On top of that, RadioShack's management opted to sell shoddy products.

And while some critics blame the online retailer boom for RadioShack's demise, it was actually this fellow brick-and-mortar store that dealt a death blow to RadioShack ...