Facebook is ready to monetize its messenger service WhatsApp. And that will add billions of dollars in additional revenue to the company's bottom line and continue to boost the Facebook stock price. 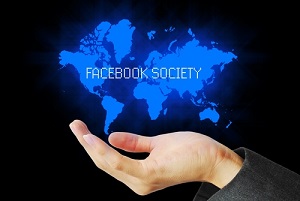 In a blog post today (Monday), WhatsApp announced it will no longer charge a $0.99 service fee after its first year of free service.

Business Insider projects that the messaging service could earn $3 billion annually in revenue by 2020.

In a Q2 2015 earnings call, Zuckerberg stated that he wanted WhatsApp to follow Facebook's path to monetization. He didn't want to overload the site with ads before users adopted and were comfortable with the platform.

Zuckerberg has grown WhatsApp from 450 million users to over 900 million, and today's WhatsApp news is an indication that monetization is close.

In the blog post, WhatsApp stated the cancelation of the service fee does not mean that ads will be immediately placed within the platform.

But WhatsApp did say it's going to work more closely with businesses in 2016, and that could drive revenue to Facebook and make the Facebook stock price climb.

"Starting this year, we will test tools that allow you to use WhatsApp to communicate with businesses and organizations that you want to hear from," the blog post stated. "That could mean communicating with your bank about whether a recent transaction was fraudulent, or with an airline about a delayed flight."

The Facebook stock price has provided gains of 149% for investors who bought in at the $38 IPO price in 2012, and WhatsApp's revenue will continue to drive the stock higher.

On Jan. 6, Facebook began accepting pre-orders for its virtual reality headset, Oculus Rift. And the company's move into the virtual reality market will be another major revenue generator.

By 2018, research firm CCS Insight projects that the augmented and virtual reality device market will be worth $4 billion.

Pre-orders cost $599 and will include a headset with a built-in headphone and microphone, a sensor, and an Xbox One controller. The Rift will be shipped to 20 countries starting on March 28 and will be available in select locations starting in April.

Virtual reality (VR) companies are mainly associated with video games, but VR can serve a much more significant role...

As far back as 2006, scientists were using VR to help amputees who were suffering from "phantom limb syndrome." Individuals with missing limbs can still experience pain where their limbs were amputated.

But according to CNET, a small study at the University of Manchester found that virtual reality helped four out of the five participants decrease their pain levels.

And Zuckerberg identified additional possibilities for VR in a Facebook post released after the purchase of Oculus.

"After games, we're going to make Oculus a platform for many other experiences," Zuckerberg stated. "Imagine enjoying a courtside seat at a game, studying in a classroom of students and teachers all over the world, or consulting with a doctor face-to-face - just by putting on goggles in your home."

Facebook has moved beyond just being a social media site. It has completely changed and will continue to change how we interact with the world around us.

For our Money Morning readers, Technical Trading Specialist D.R. Barton answered that exact question in the video below.