The DJIA today is rising ahead of the Fed's annual Jackson Hole, Wyo., summit. Dow Jones futures are up 58 points this morning even as China warns that U.S. President Donald Trump is "sabotaging" world trade. As Money Morning Capital Wave Strategist Shah Gilani says, the Dow is going to keep heading higher... 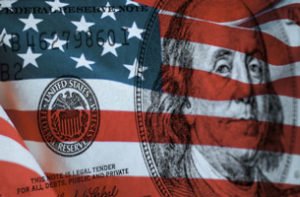 What Happens When North Korea Doesn't Use Normal Logic?