President Donald Trump has promised to rebuild America's infrastructure, loosen regulation on business, and propose a tax structure that American companies will actually benefit from. 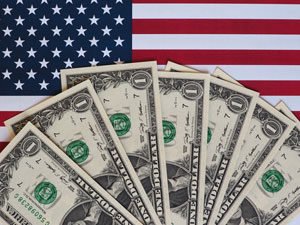 We can help you with that.

In the 11 years since Money Morning has launched, we've helped over 1 million readers around the world take control of their wealth - and get rich along the way.

In fact, our team of distinguished experts have collectively recommended thousands of companies that stand out from the rest.

And our cutting-edge trading techniques and winning investment recommendations have helped our readers mint gains as high as 200%, 500%, and even more than 1,000%.

And some of our most rewarding picks have been the very companies that form the backbone of the American economy.

Here are five of our best...

5 Classic American Companies That Have Made Our Readers Rich

"This stock is one that keeps coming back again and again, even when investors lose faith," said Money Morning Executive Editor Bill Patalon about Boeing back in February. "It's just like Rocky."

You see, Bill is our champion stock picker here at Money Morning - and for good reason.

To date, Bill has delivered gains of up to 500% and counting to his subscribers.

Even more, Boeing has been the best-performing stock in the Dow so far this year, gaining 55.9%.

And it still has room to run...

This next stock is another huge win from Bill - one that he says is the "future of drone technology."

One of our greatest American stock picks came from Bill back in March 2016.

"Lockheed's innovation brings the [drone] technology one step closer to full mainstream adaptation," he said when suggesting readers buy up shares in LMT.

And again, on July 21, he reminded readers to keep an eye on Lockheed.

Chris recommended investors buy stock in the heavy machinery giant at a time when most analysts didn't even have Deere on their radar.

"It's not a bad time to produce the equipment used to 'rebuild America.' The momentum is very strong here," said Chris.

"There is an iron-strong fundamental backdrop for Deere and other industrials right now," said Chris.

While Chris' short-term play on DE has ended, this next stock is poised to soar...